There are countless breathtaking locations in Japan to be taken advantage of. Atami, also known as “Onsen Town,” is one of them. Just an hour and a half by train from Tokyo station, it’s an accessible and affordable location for a weekend trip. It’s surrounded by beautiful mountains, right next to the ocean, and is home to numerous hot springs (onsen).

There were no classes held from November 1st to November 3rd, so what better way to spend a three day vacation than a trip to a traditional onsen in a beautiful town? So, me and 9 others from my program decided to take a trip to Atami. We reserved an Airbnb for 2 nights, and so began our journey.

After some small preparation and a rather short and fun train ride, we had arrived. This is the first photo I took on our way to the Airbnb. We arrived in the late afternoon, so the sun was already setting.

We were super tired since Halloween was the night before, so we didn’t do much that night. Here are some photos from the next morning. 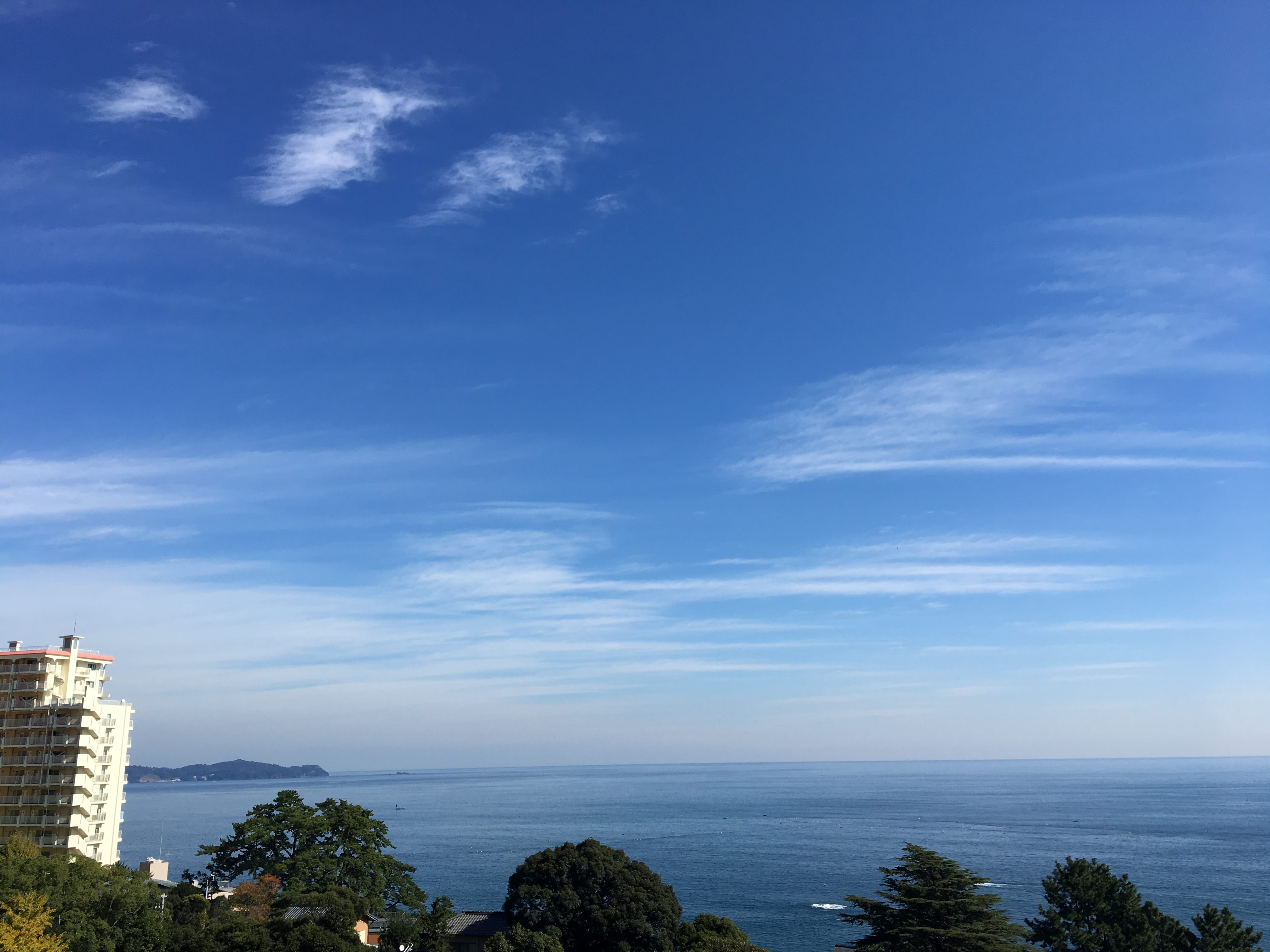 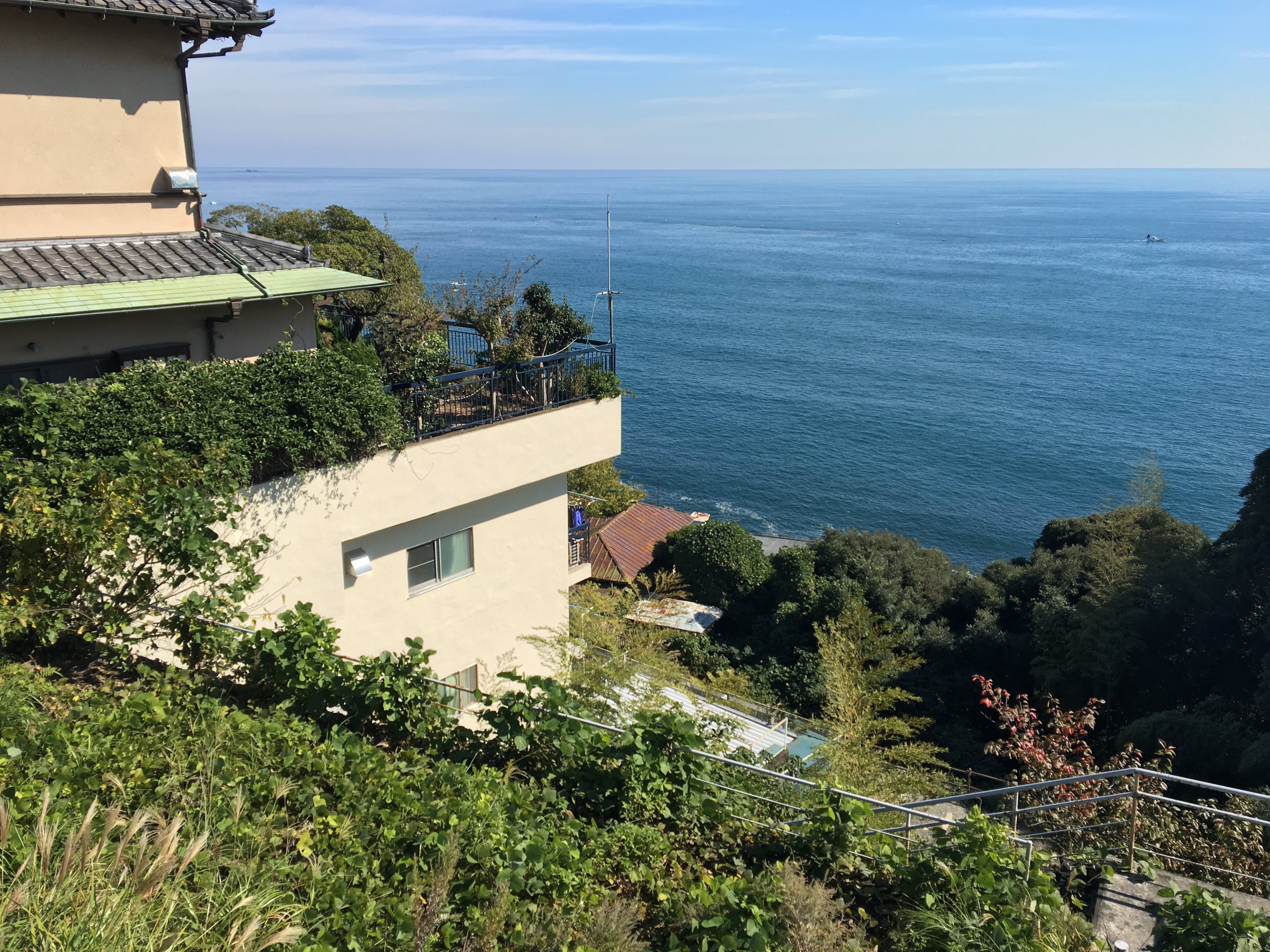 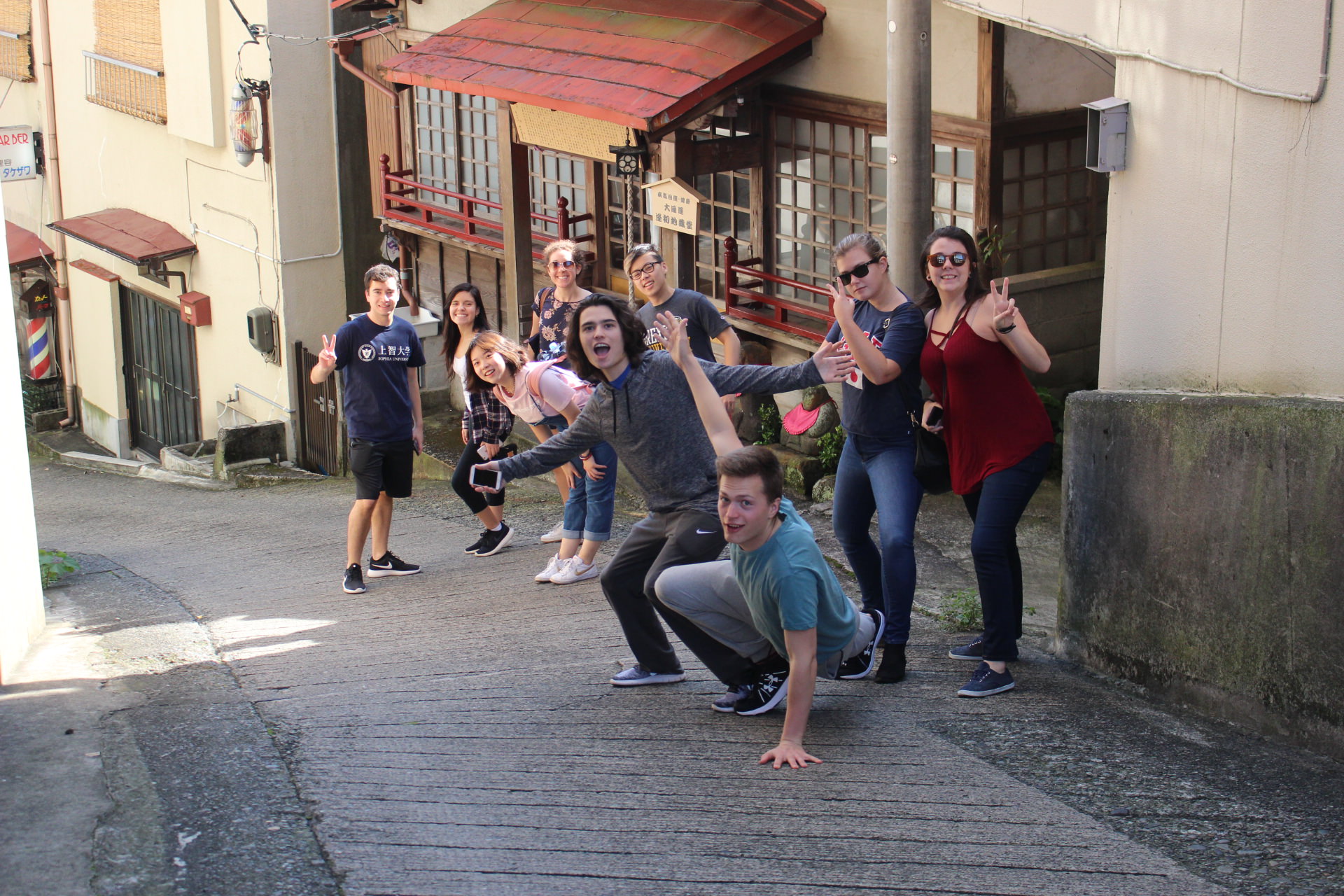 This is my favorite group photo from the trip, taken on our way to the onsen. We got lost a few times, but eventually found it after climbing up a steep, steep mountain.

The onsen we went to was an indoor one, but it did have one section that was outdoors. Most are indoors, but the best ones are outdoors. It wasn’t too cold outside, so it wasn’t as good as it could have been, but it was extremely relaxing. We were also served a very nice meal before going into the onsen. 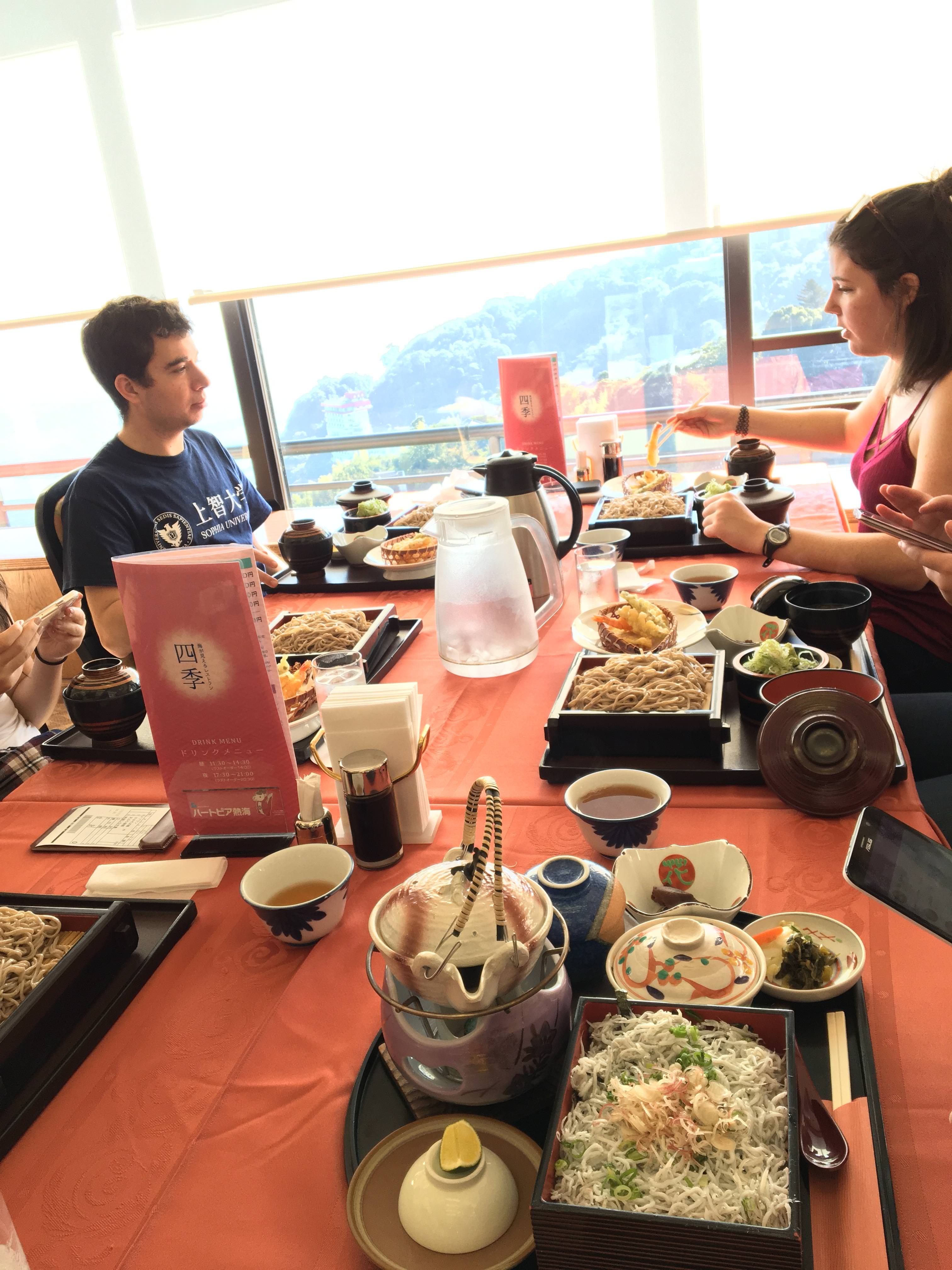 The onsen is separated by gender, mostly because you aren’t allowed to wear clothes inside. Once you enter, there are several showers where you wash your body before entering the water. There were 3 indoor pools, 1 outdoor pool, and a sauna. The water was roughly 42 degrees Celsius. It was such a relaxing and enriching experience. Japan is popular for having many hot springs, so being able to visit one was a really rewarding experience. 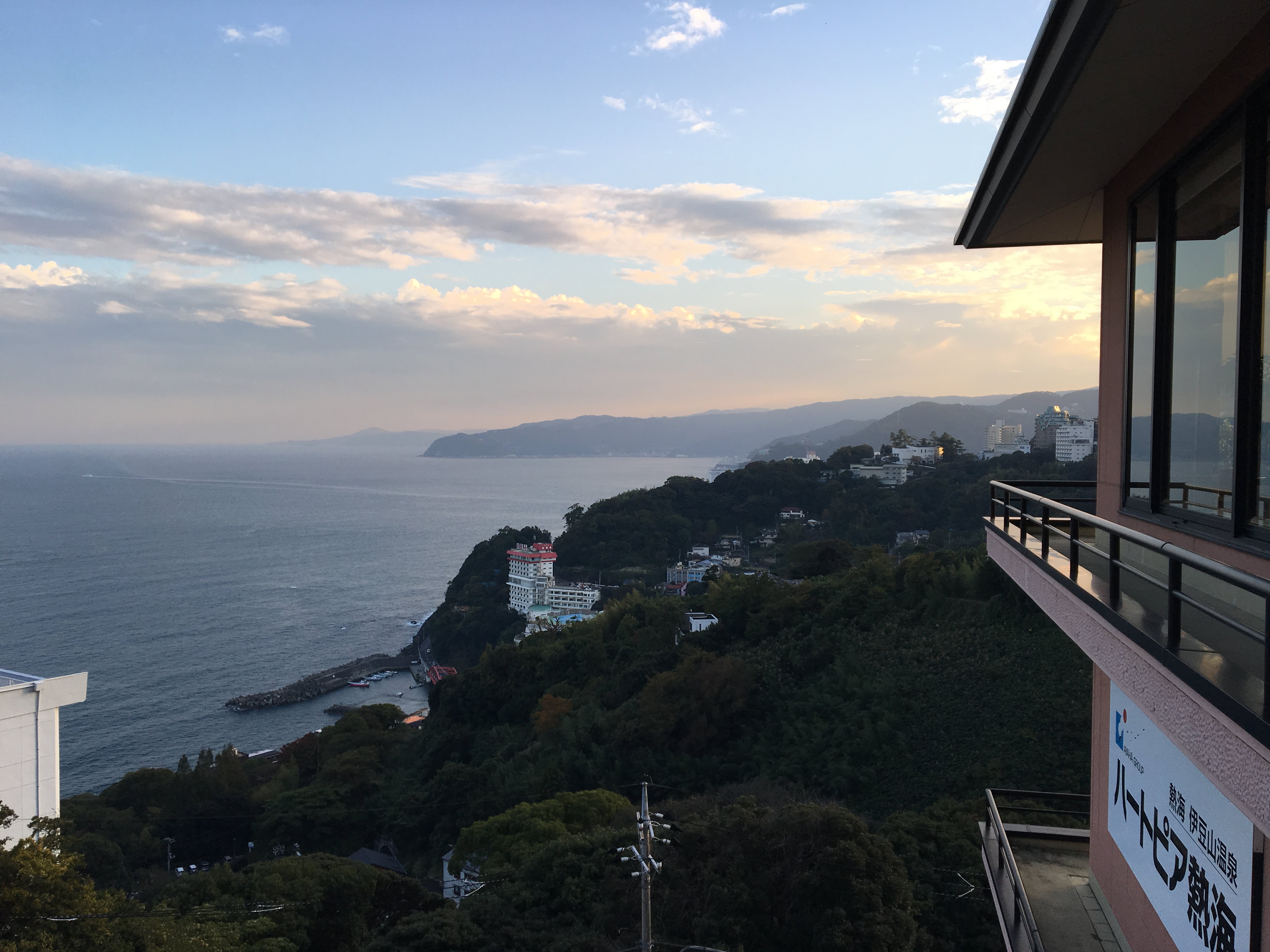 Here’s the view from the top of the mountain we climbed. We were pretty high up there.

After the onsen we went back to the Airbnb and relaxed for a while until dinner time, where we then went to a traditional restaurant for ramen, then spent the rest of the night bonding with each other. It was a great time to get to know each other better and strengthen our relationships with each other.

Friday was our last day. We had to check out by 11am, but we stayed in Atami until around 2pm, shopping for souvenirs and other trinkets. 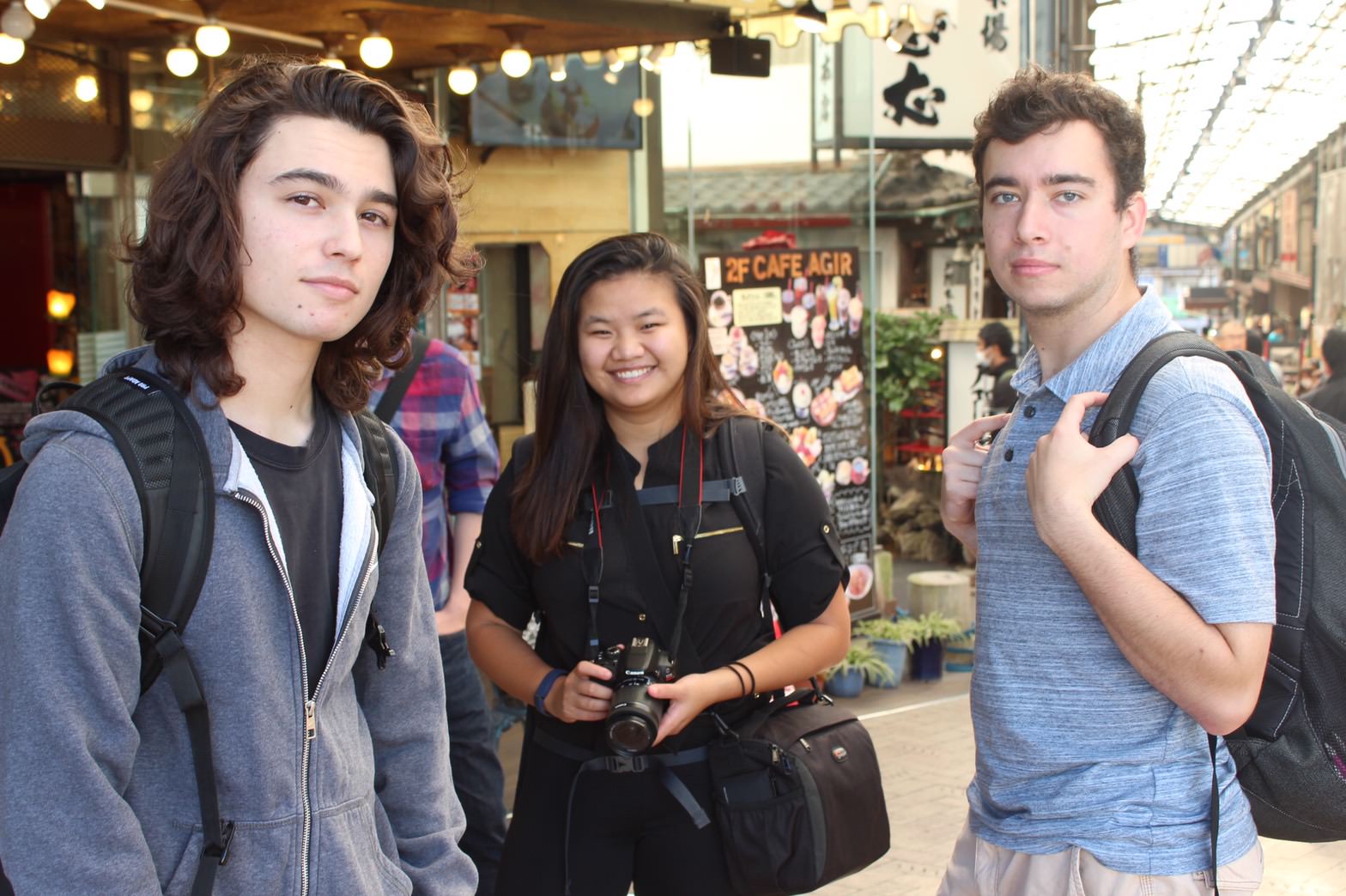 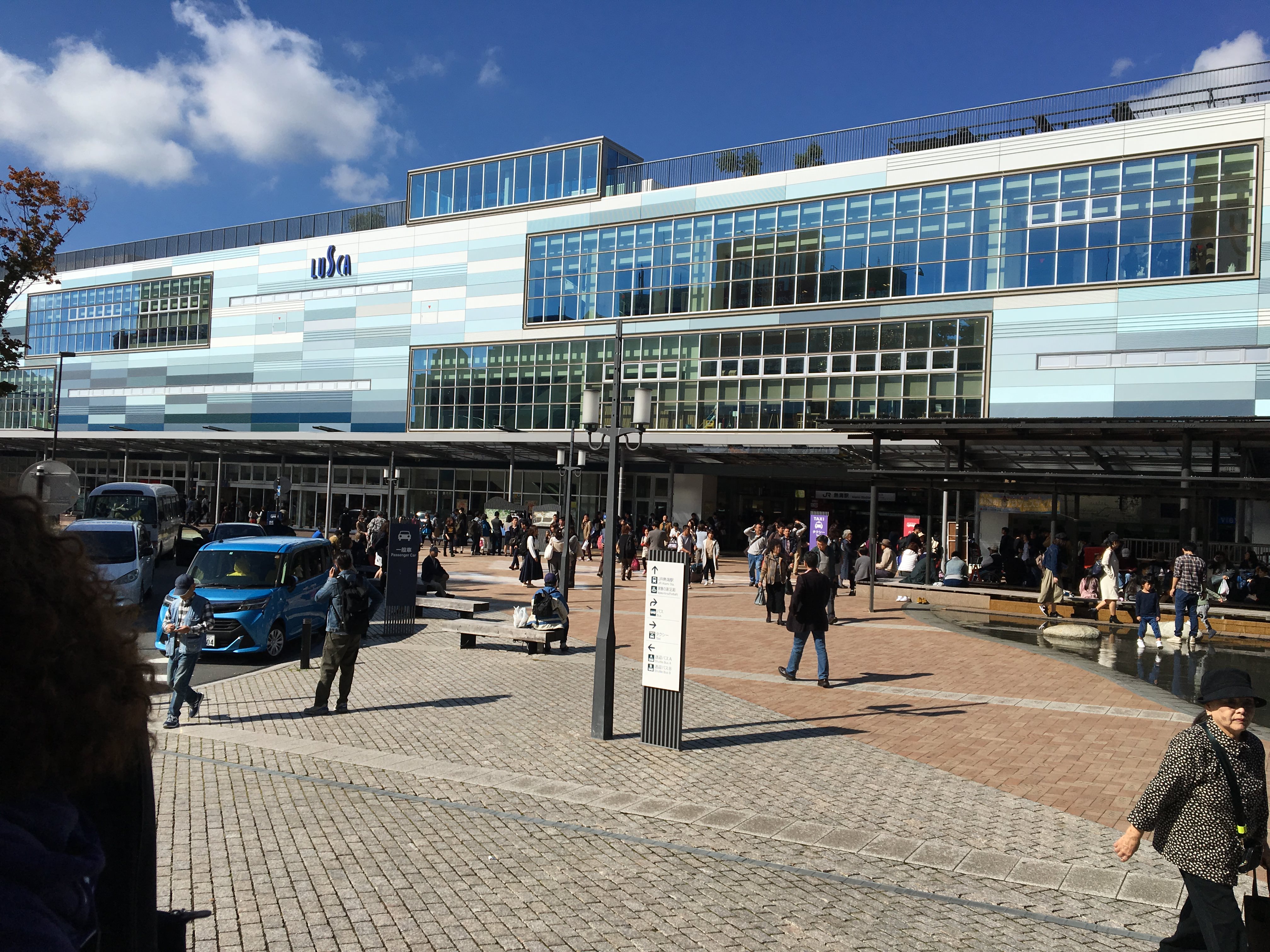 This is Atami Station, the station we arrived at and left from. It’s very modern and looks a lot like an airport. We arrived on a Wednesday, so there wasn’t much going on, but on Friday, there were a lot of people and many shops set up.

Overall, it was a fantastic trip and one I’ll never forget. I was able to experience a traditional Japanese meal and hot spring, in a traditional town in the mountains. I highly recommend Atami to anybody near Tokyo that is looking for a short but fun getaway.