Losing my Identity on Mount Hakone

I visited Mount Hakone, a complex volcano in the Kanagawa Prefecture, with my host family this past week. I don’t have much hiking experience, but I was excited to go. My host mother and father and their three kids all went. There are several different trails (about 8 if I recall correctly) with varying sights to see. Each path takes an estimated 90 minutes to travel. The path we chose going up was heavily wooded with ‘trail-like’ trails (no concrete paths or anything, it was pretty rugged).

There were 14 signs along the path, each giving a fun fact about the mountain or some of the wildlife. At each sign there was a map of the trail with the location of the next sign so you could track your progress. As I said, the path was pretty rugged and alternated a lot. As somebody who doesn’t hike, it was challenging in a nice way. It wasn’t too difficult, but it wasn’t a breeze either. I definitely would recommend it to anyone looking to get into hiking or even experts as it offers some nice scenery. 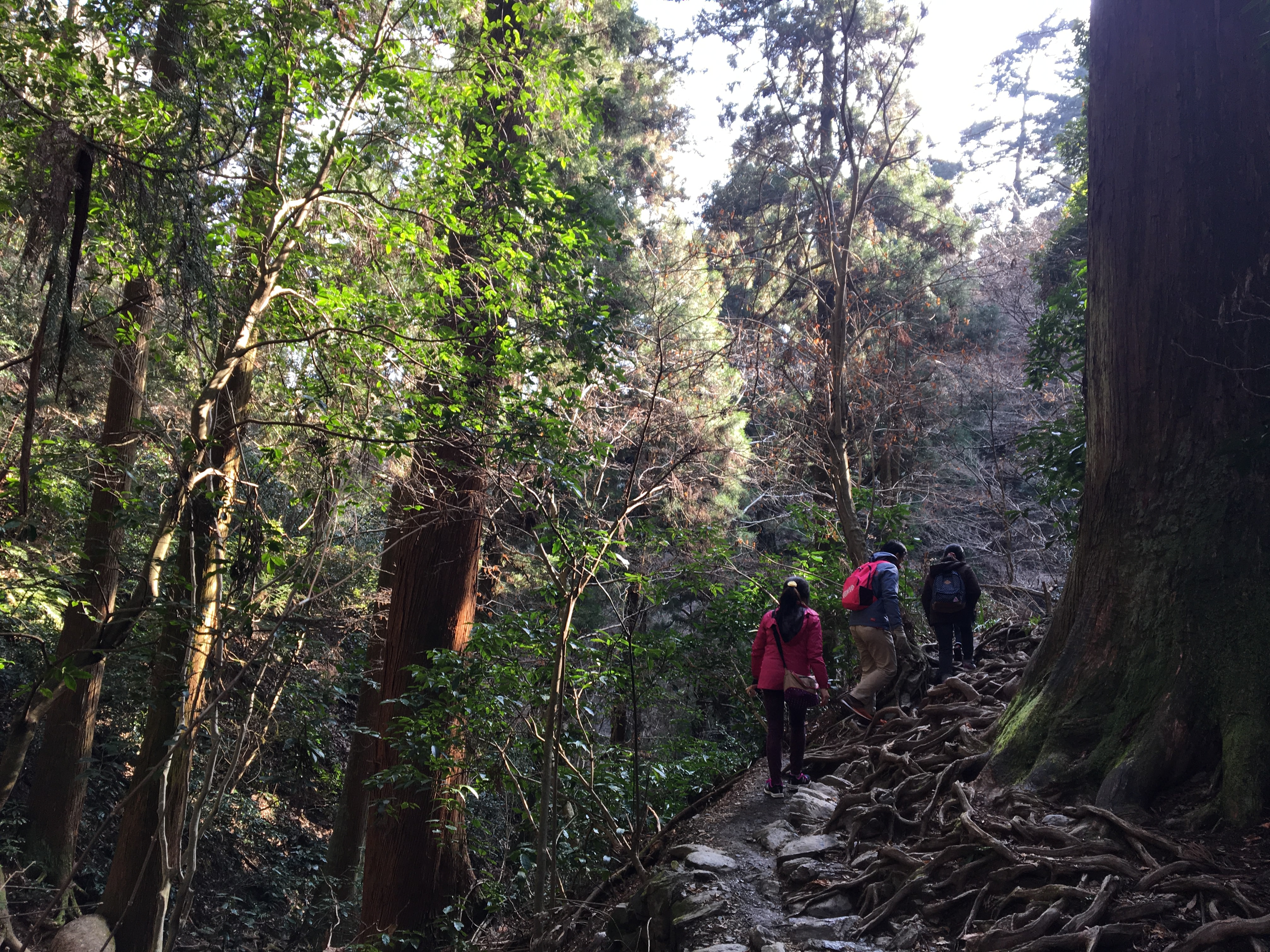 This is my favorite photo from the trip. You can see the what I mean by “the path was rugged.” 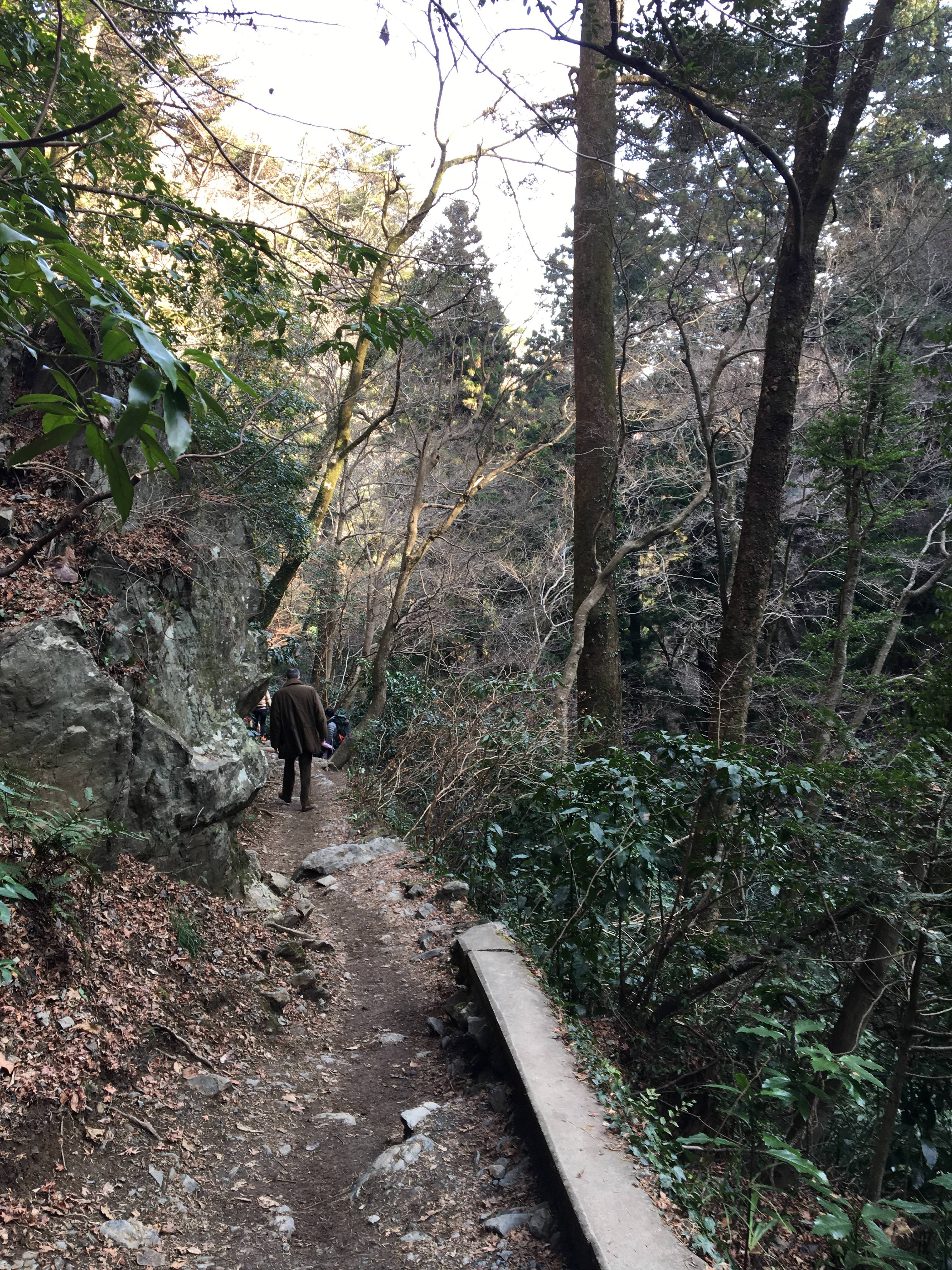 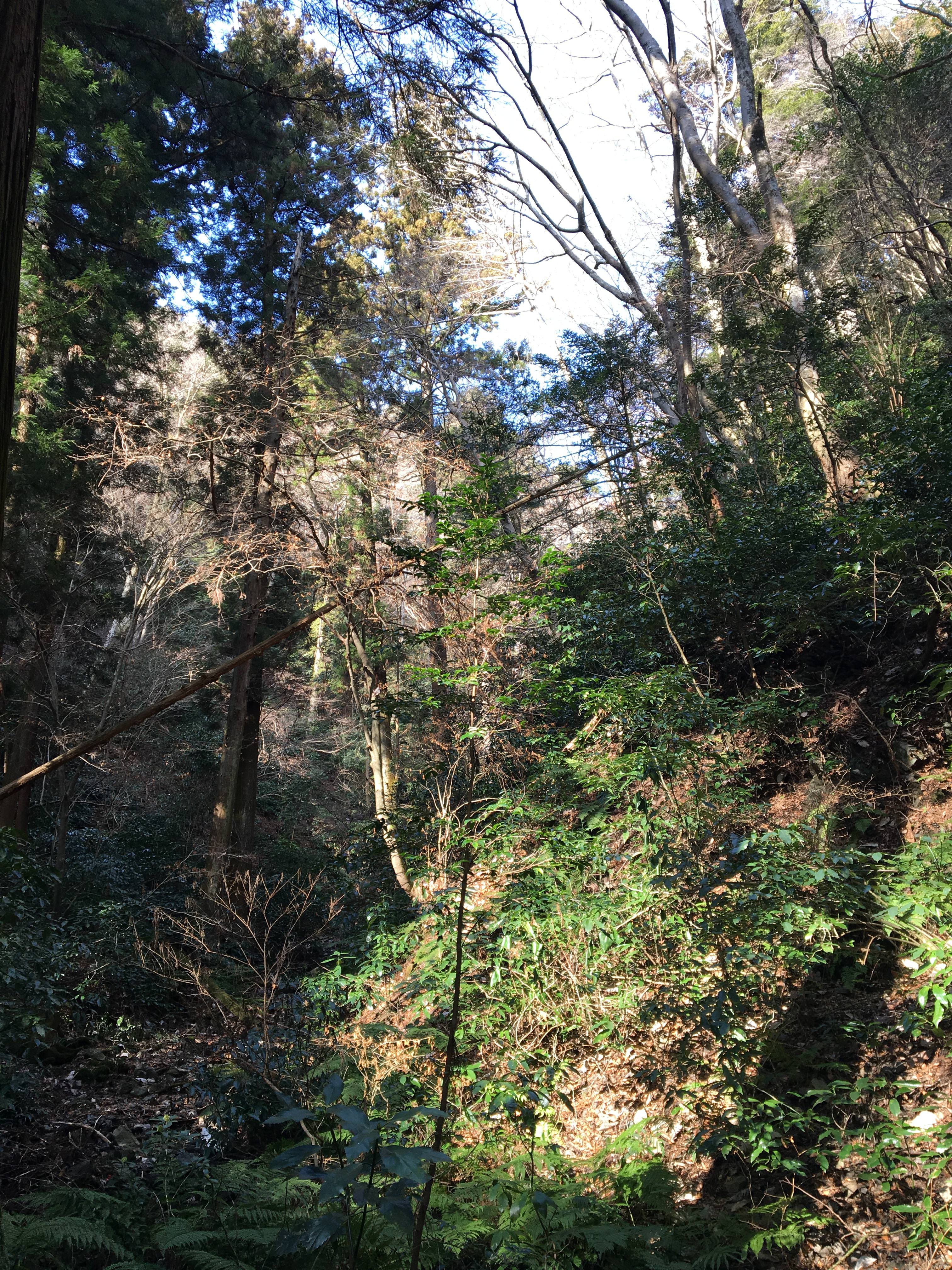 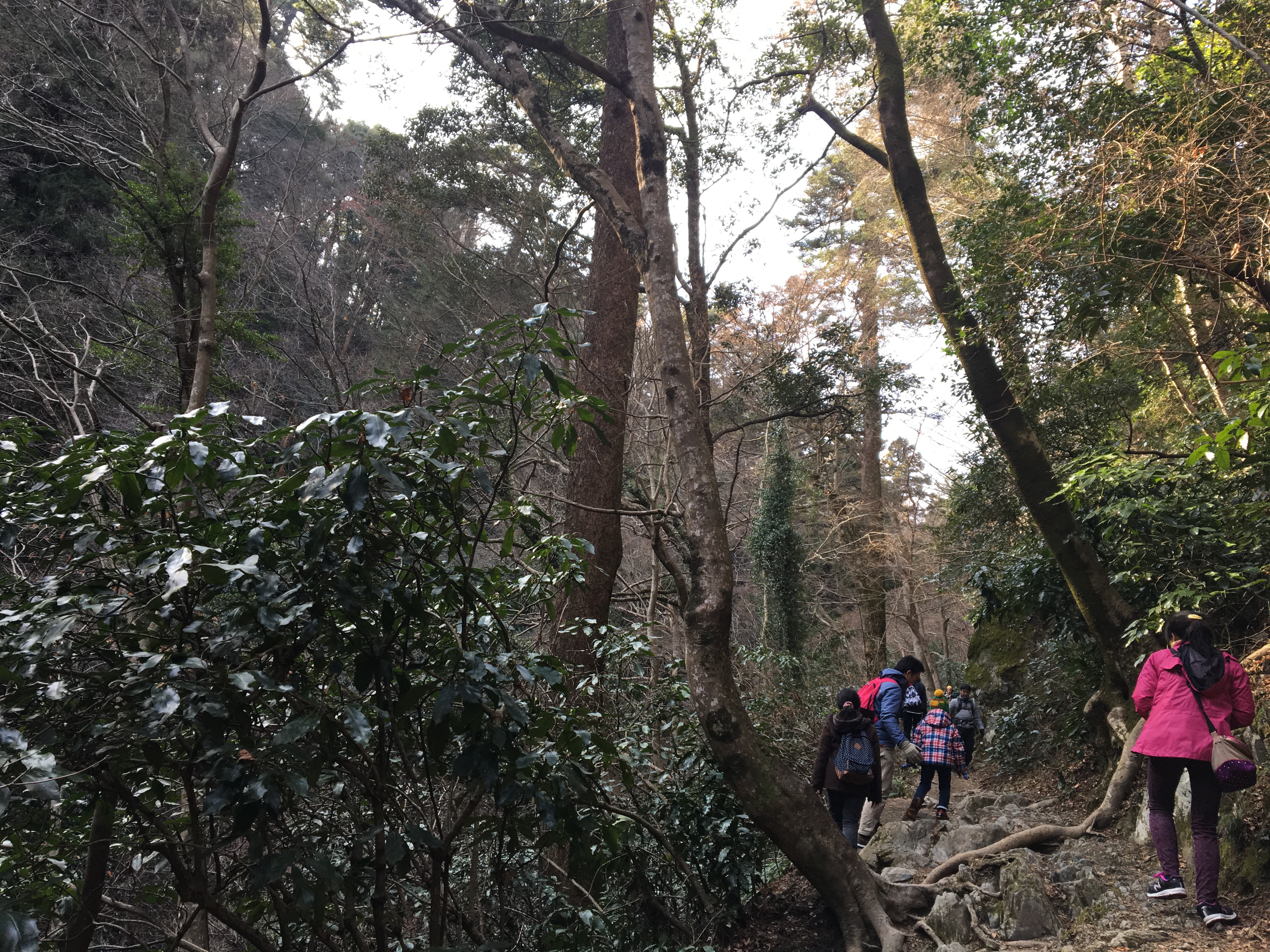 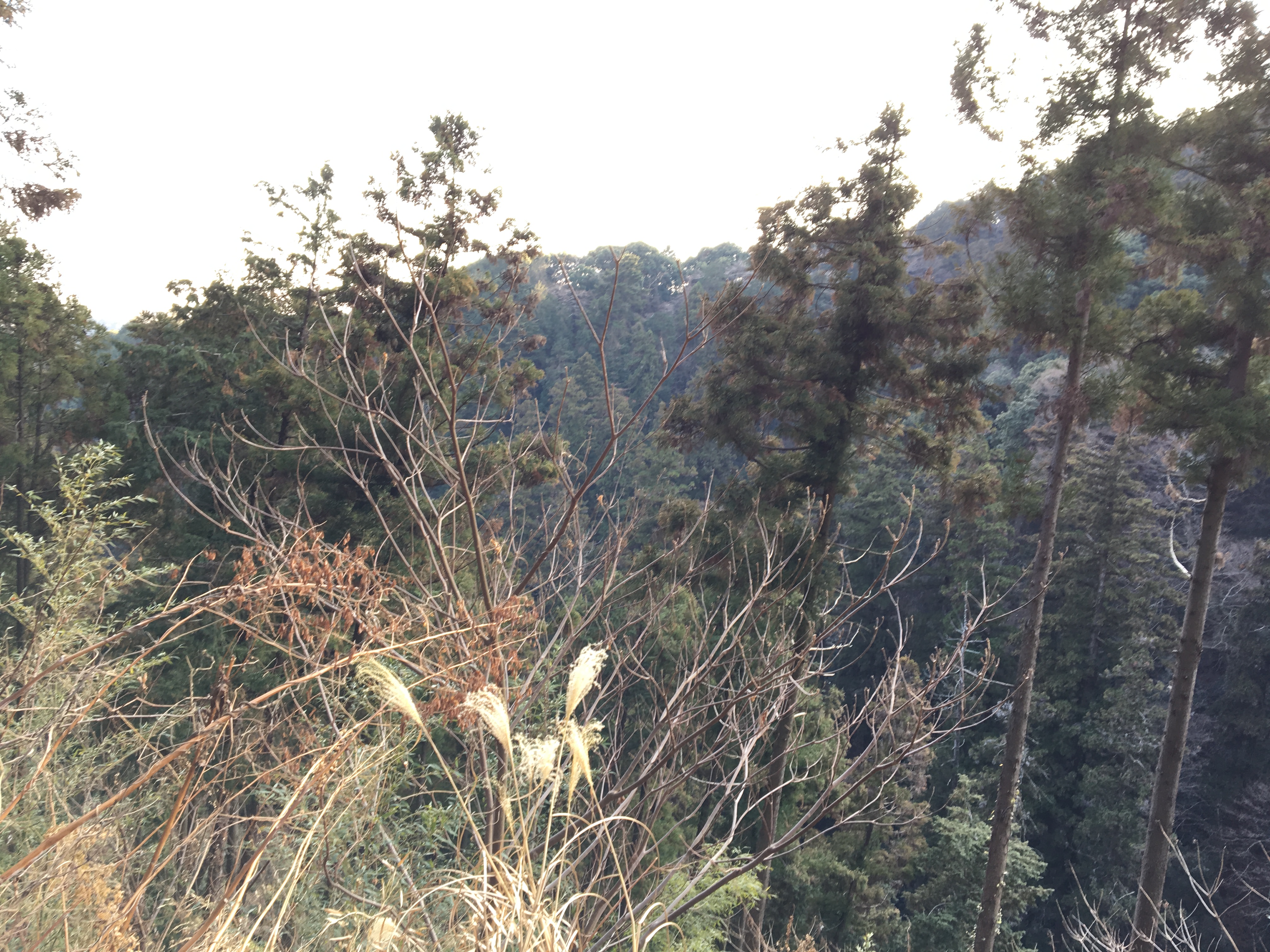 rewarded with a warm meal

It took around an hour and a half for us to reach the top, maybe a little longer. The top was unexpectedly crowded. There were tons of people relaxing and eating. Most people brought their own food and portable stoves and cooked themselves. Others ate at a noodle restaurant (yes, at the top of a mountain). Including us!

It was some of the best udon (I think it’s udon) I’ve ever had, probably because I was exhausted after the long trek.

And this is where it all went downhill (figurative and literally). We were on our way down the mountain, in fact we were almost to the bottom, when I realized my wallet was gone. My IDs, my credit card, my money. A feeling of isolation and helplessness overcame me. I‘m thousands of miles away from home and I lost my most important possession (aside from my phone, perhaps) I thought.

In a panic, I went back up the mountain retracing my steps. My host mother accompanied me, bless her soul. As tired as I was, adrenaline kept me going. I needed to find my wallet. The photo above is where I suspected I lost my wallet, as it was in my back pocket and I thought it may have fallen out while I was sitting on the fence. We finally arrived back at that location, but it wasn’t there. We went almost back to the very top to no avail. Defeated, we took a cable car back down.

In one last ditch effort before getting on the train back home, we asked the station attendant if a wallet had been found and returned. The man asked my name, walked to a nearby safe, and took out a brown wallet, my brown wallet. I sighed in relief. Getting my wallet back was the best thing that has happened to me in a while, and losing it was certainly the worst. Overall, the trip was great. After realizing I lost my wallet and concluding my life was over, it was terrible. Thankfully, though, a kind person found and returned my wallet, with nothing missing. Fantastic.