As I mentioned in my last post, I camped out for a concert friday night. It was a whole new experience for me. A very long, cold, and tiring one, but it was very worth it in the end.

So we headed out at 7pm and arrived at Gangnam around 8pm. We were so lost because we could not find a line anywhere and I knew people had been camping out since 2 days before. We walked a bit and decided to go to a cafe owned by the artist label who was sponsoring the event. We happened to ask the correct girl because she was also waiting to get into the concert and she knew what she was doing. She told us that you had to get a number to get in line and check in every 5 hours at a different check-in location to keep your number, or else you would lose your spot and have to get a new number at the back of the line. 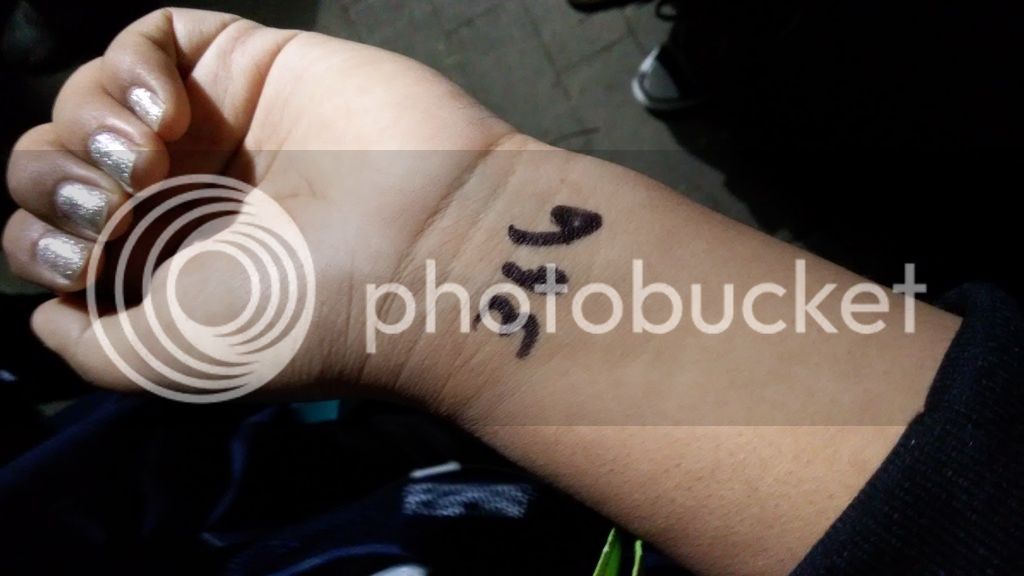 Our newly made friend guided us to the next check-in location which was a small park and we got our numbers there. I was 366th in line which was not bad considering I got there 24 hours beforehand.

After we got out number, we had to wait to the check-in at 10:00pm. We had to form a line in numerical order by ourselves then someone would come through the line checking off every single person and asking them for their name and number for ID purposes. Then all we had to do was wait for the check-ins at 3:00am and 8:00am. That night was one of the longest nights of my life. The first thing we did was find a place to eat and then went to computer cafe until two hours before the next check in. I had blood sausage stew for the first time in my life and it was actually very delicious!

We checked in again at 3:00am. We had not slept at all and waited in a dark parking lot that was provided for us to camp out. We walked around the area to find a convenience store that wasn’t crowded. We saw that the stage was almost finished for the following day, and we found an empty convenience store, where they even sold Honey Butter Chips. These chips are SO POPULAR here in Korea that you really have to look for them and they taste really good. Just like chips smothered in honey and butter. I also found a poster of the boy band I was hoping to see in the subway station.

I didn’t sleep the whole night because I would get too cold and then finally the 8:00am check in came. By then there were around 600 people waiting in line. We all got in line following the order of our numbers in line and then we had to stay in line for the remaining 11 hours. Once everyone was in order we got new number since many people dropped out along the way. I was then 261 in line instead of 366.

Around 12pm they let us decide which section we wanted to be placed in, with B3 being the closest for people who lined up. The first two sections were for those with VIP passes which they can get after spending a lot of money. I ended up being 92 in line for section B3.

I was very close to the stage and I could see well thanks to the platform shoes I changed into, so this whole experience was very worth it to me in the end. I got to see my favorite group, EXO, perform. I didn’t take good pictures when they came up close enough, but they were so close it felt like a dream. They were the last to perform and performed 4 songs, which I all love.

So would I ever do this again? Probably not. Only if the lineup had EXO and they were going to perform longer than 10 minutes. It was a good experience, but I wouldn’t really want to do it again, especially in colder weather than 50 degrees Fahrenheit(12 Celsius). That concludes my story of how I became a teen-aged girl once again.