My first trip within Kyoto: Arashiyama

As I mentioned in my previous blog, there are many beautiful places to visit within the Kyoto prefecture. The first one I visited was Arashiyama. Arashiyama is most known for its bamboo forest, but it has much more to offer as well (like a monkey park!).

From the dorm to Arashiyama Station, it takes only 25 minutes via train from the nearest station, which is an 8 minute walk away. It’s also very accessible by bus, along with just about every spot in Kyoto. Coming from Tokyo, I wasn’t used to using buses, but they’re quite nice actually. 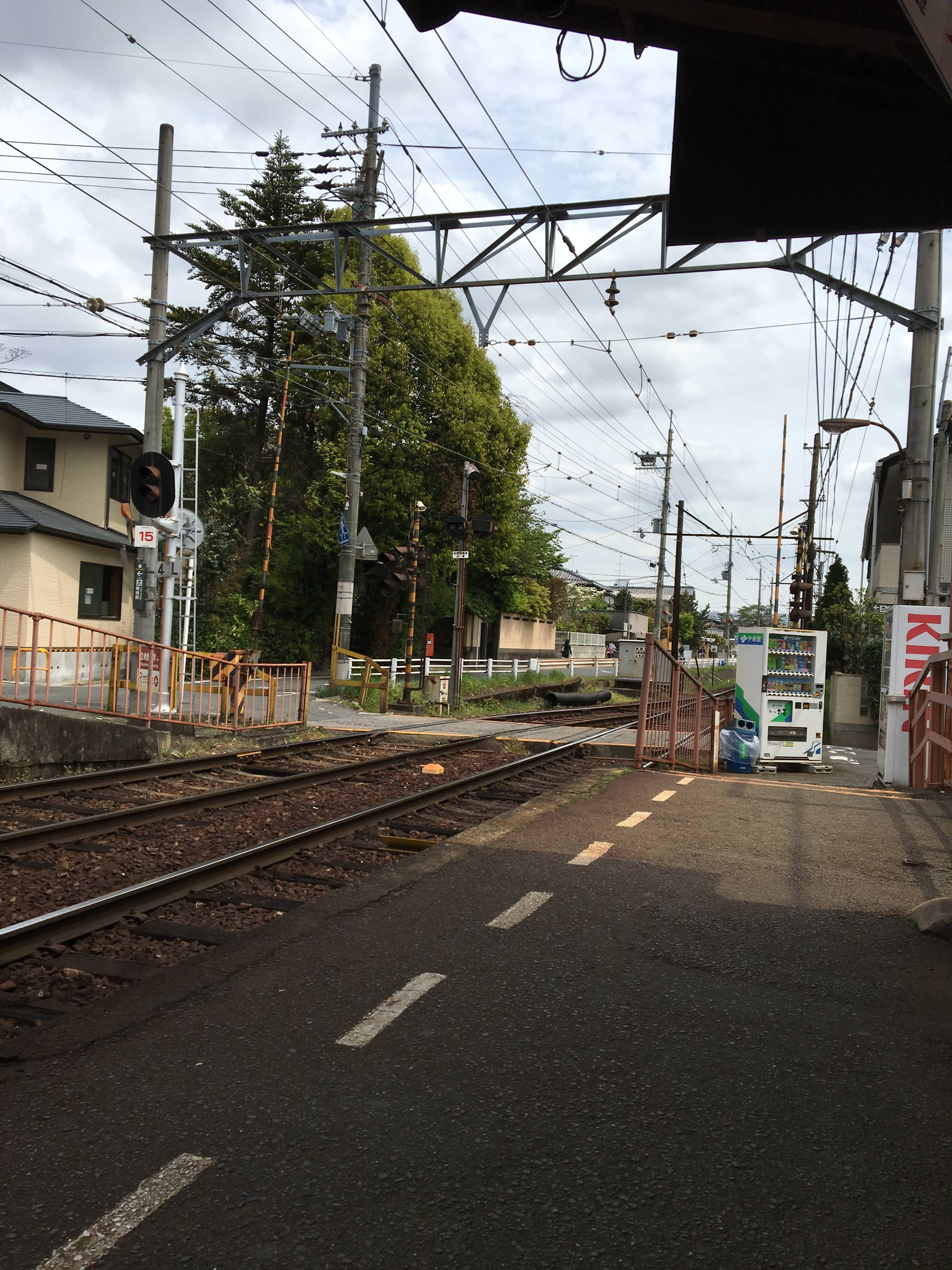 Here’s a photo of the tracks while waiting for the train. Many stations in Kyoto don’t have a ticket gate, and run much like a bus, with a flat fare paid once you get off. As such, they kind of just sit out in the open like this one.

Along with many places in Kyoto (especially Kyoto Station), there were a lot of foreigners. You would think the amount of foreigners would be greater in Tokyo, but actually Kyoto is visited more often. In addition to this, Kyoto has specific sights to see, so if you go to one, you’re bound to be surrounded by foreigners. Tokyo, on the other hand, is a sight in and of itself. 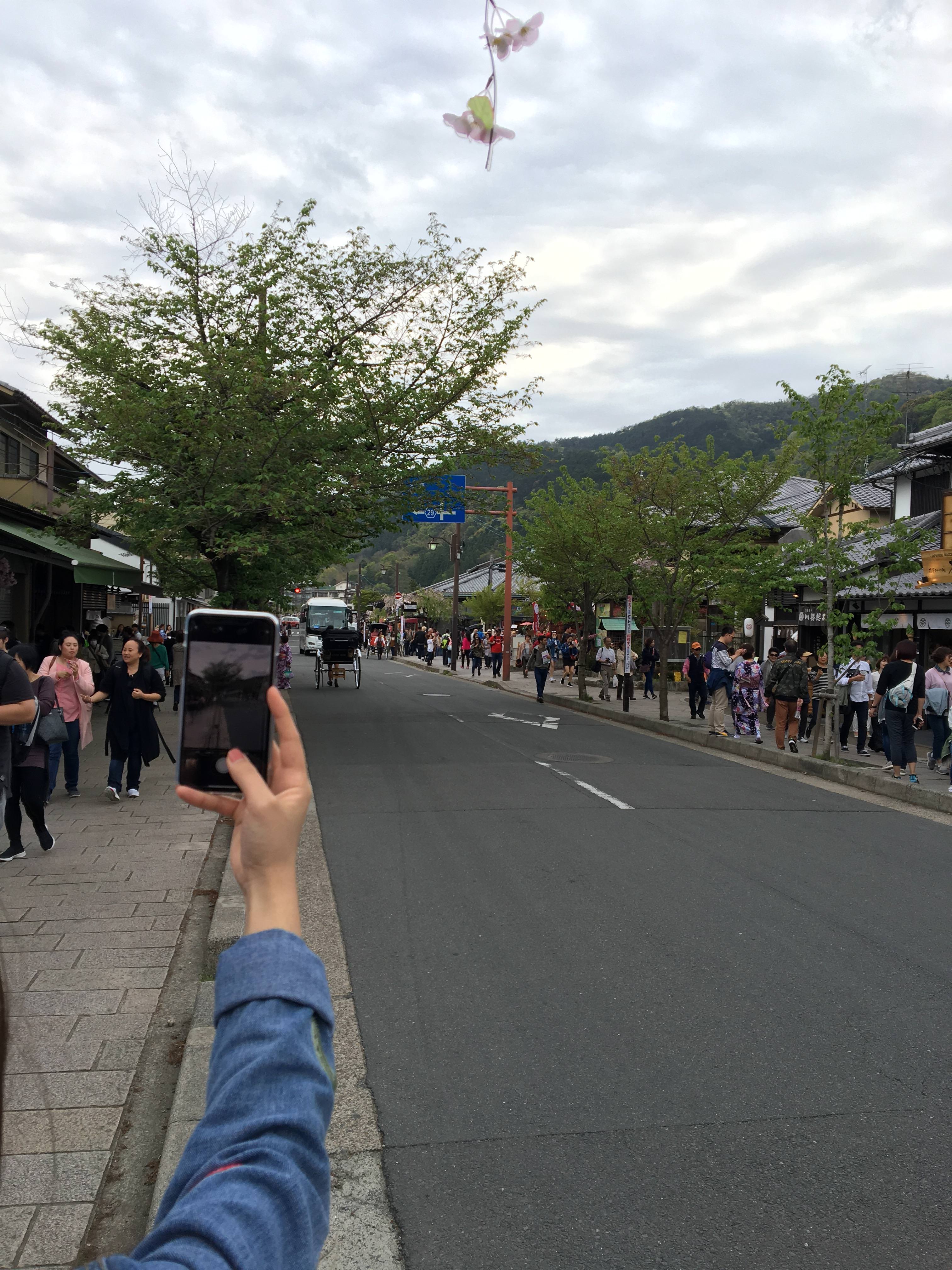 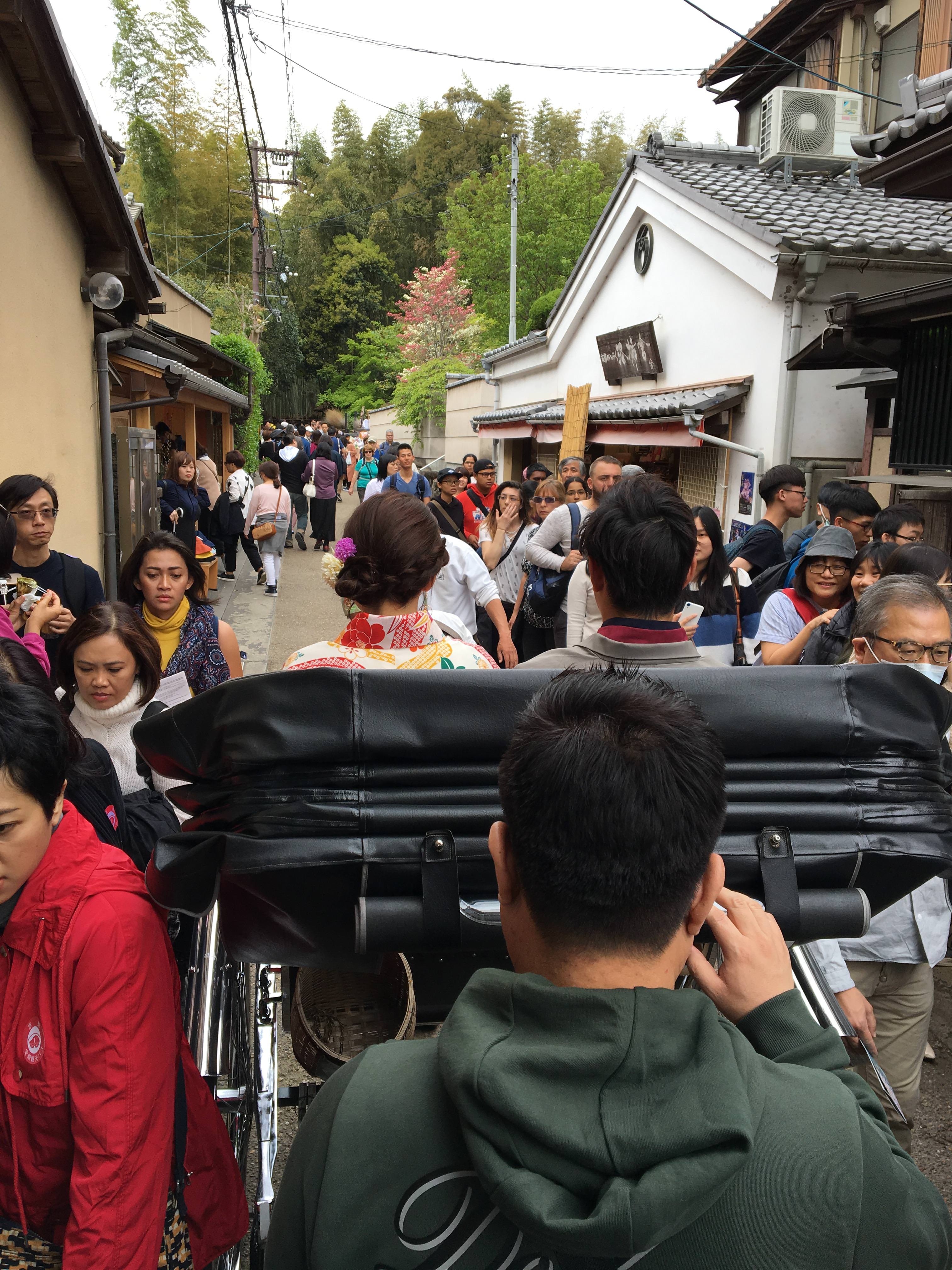 There were also many couples being pulled around like this one. As you can see, though, it was quite the obstacle due to the crowd.

Perhaps Arashiyama’s main attraction, the bamboo forest. It was beautiful, but slightly underwhelming. Or perhaps overwhelming due to the sheer number of people. 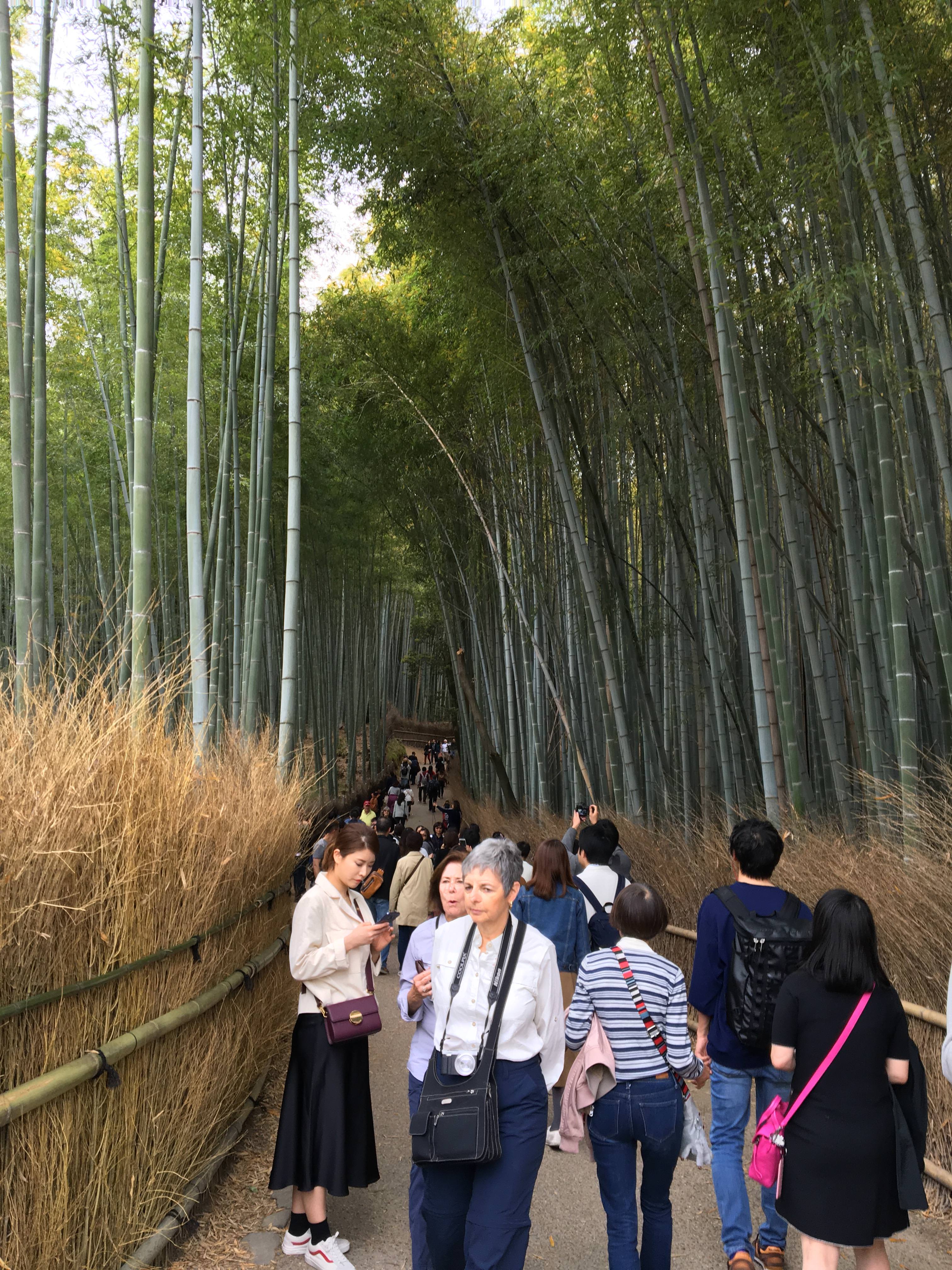 The crowd wasn’t particularly bad in the above photo, however. 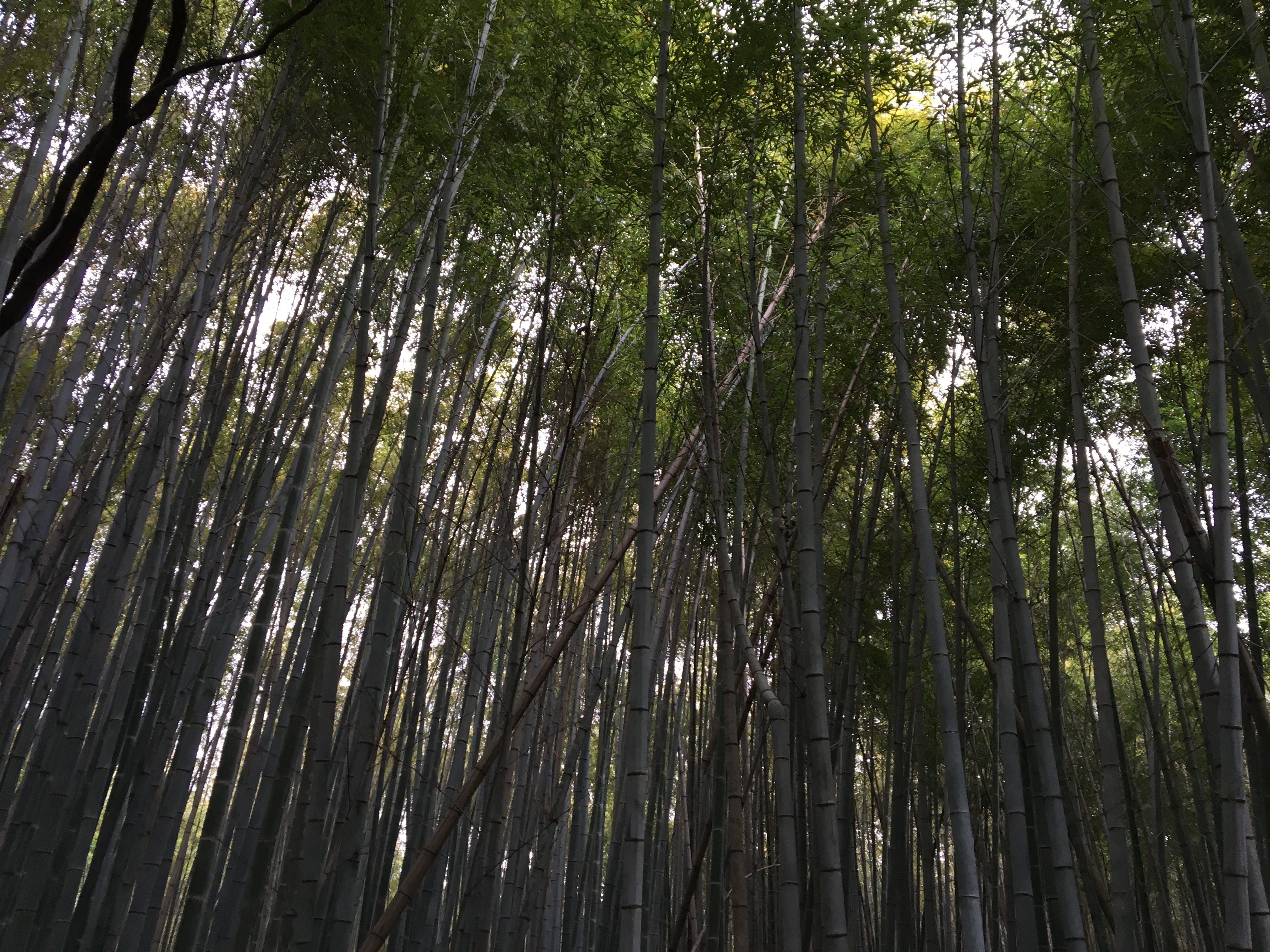 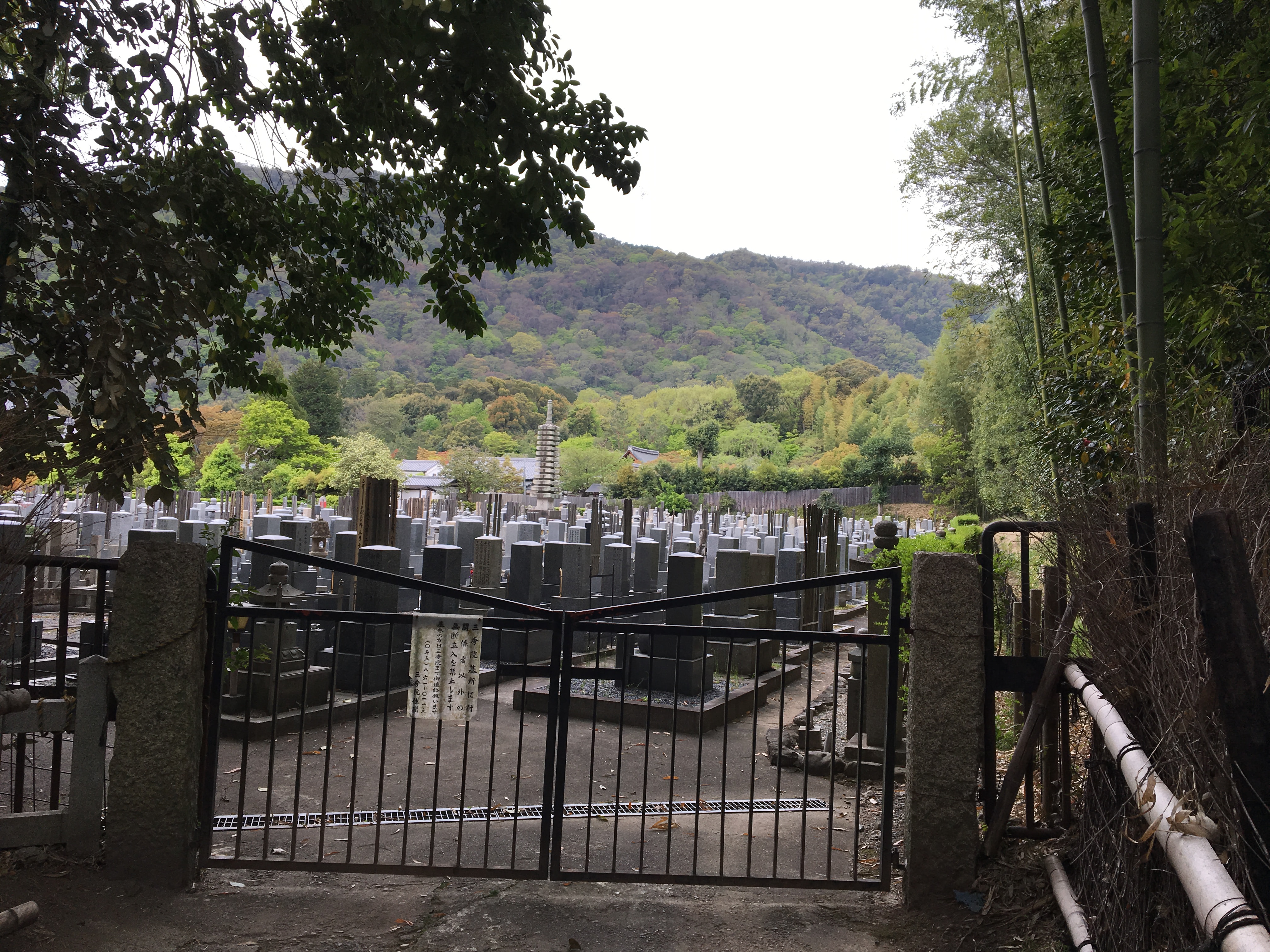 This photo of a graveyard was along the path within the bamboo forest. Quite charming in my opinion.

The following pictures are from just outside the bamboo forest. There’s an opening leading to a park-like area, with a trail up the mountain. Another opening leads to a big river alongside another mountain, which was gorgeous. 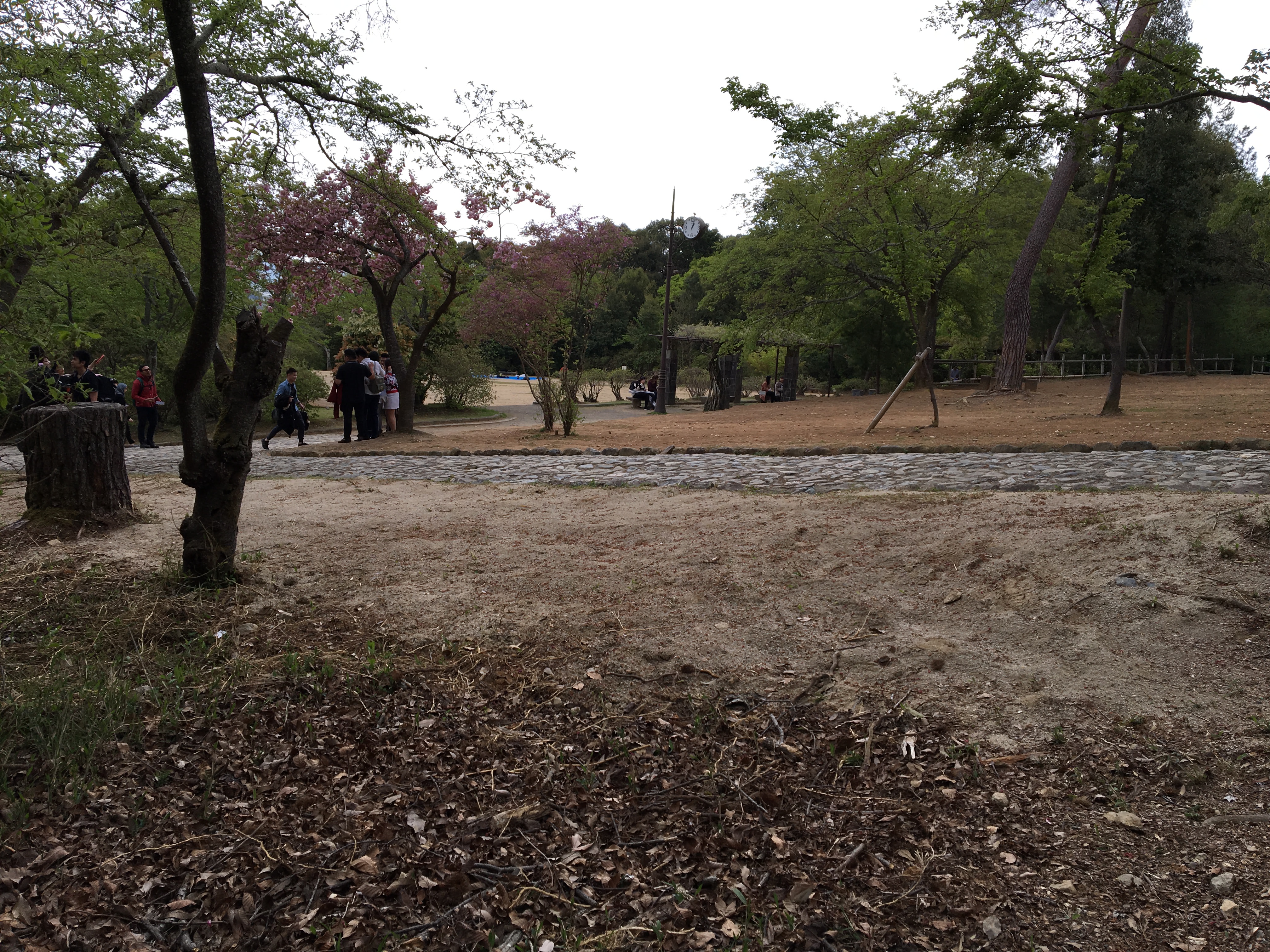 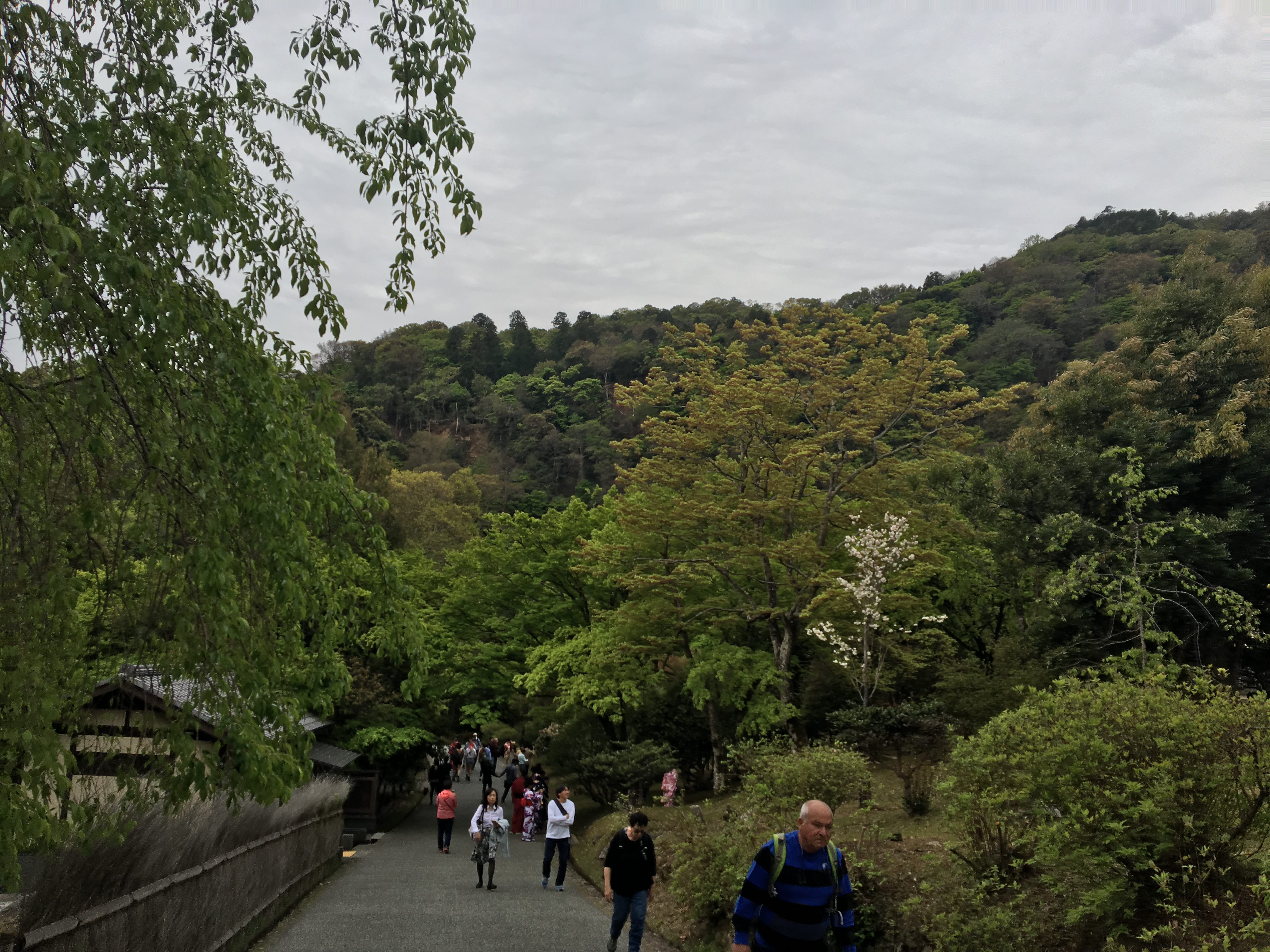 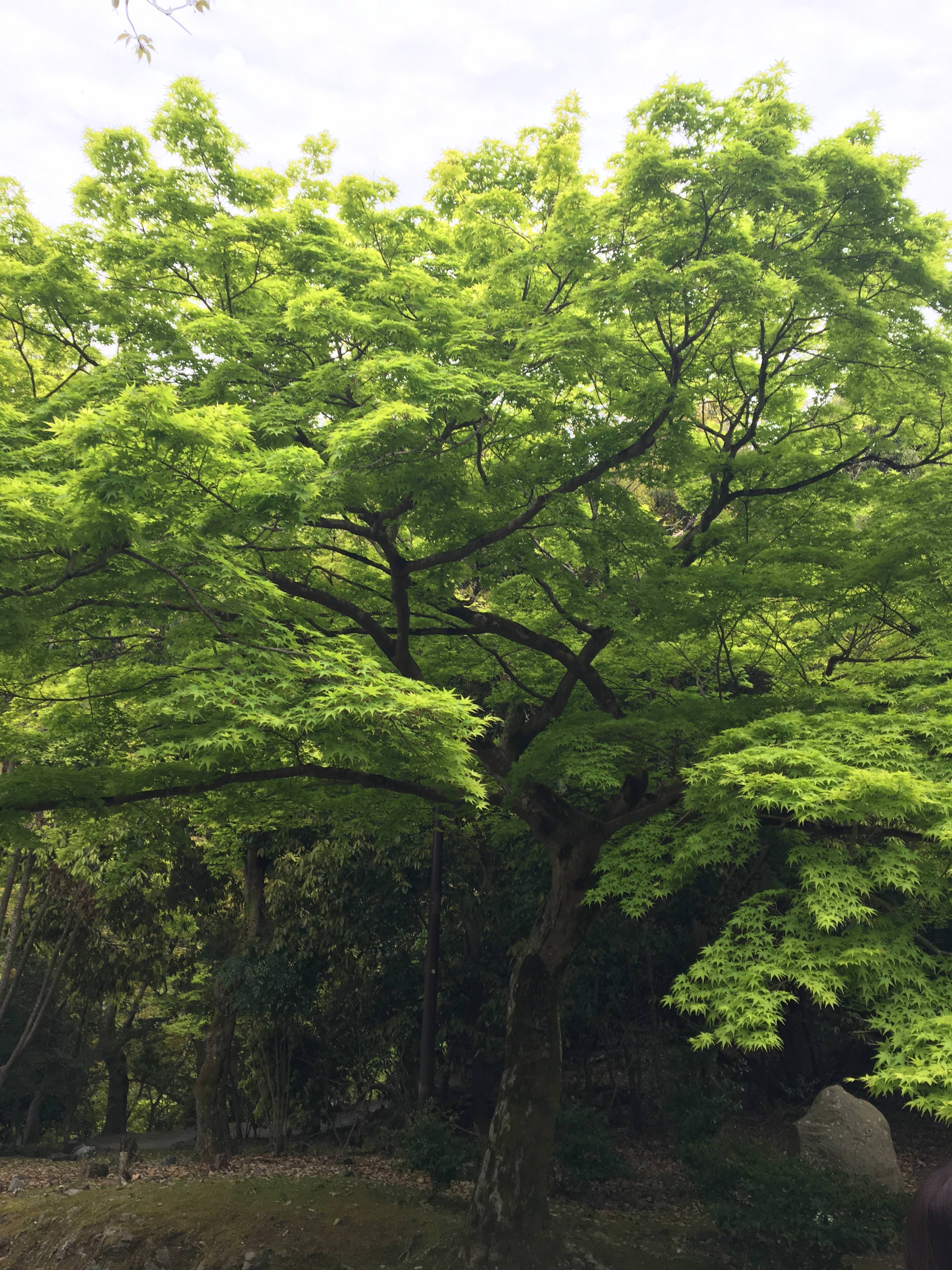 My favorite tree from the trip. 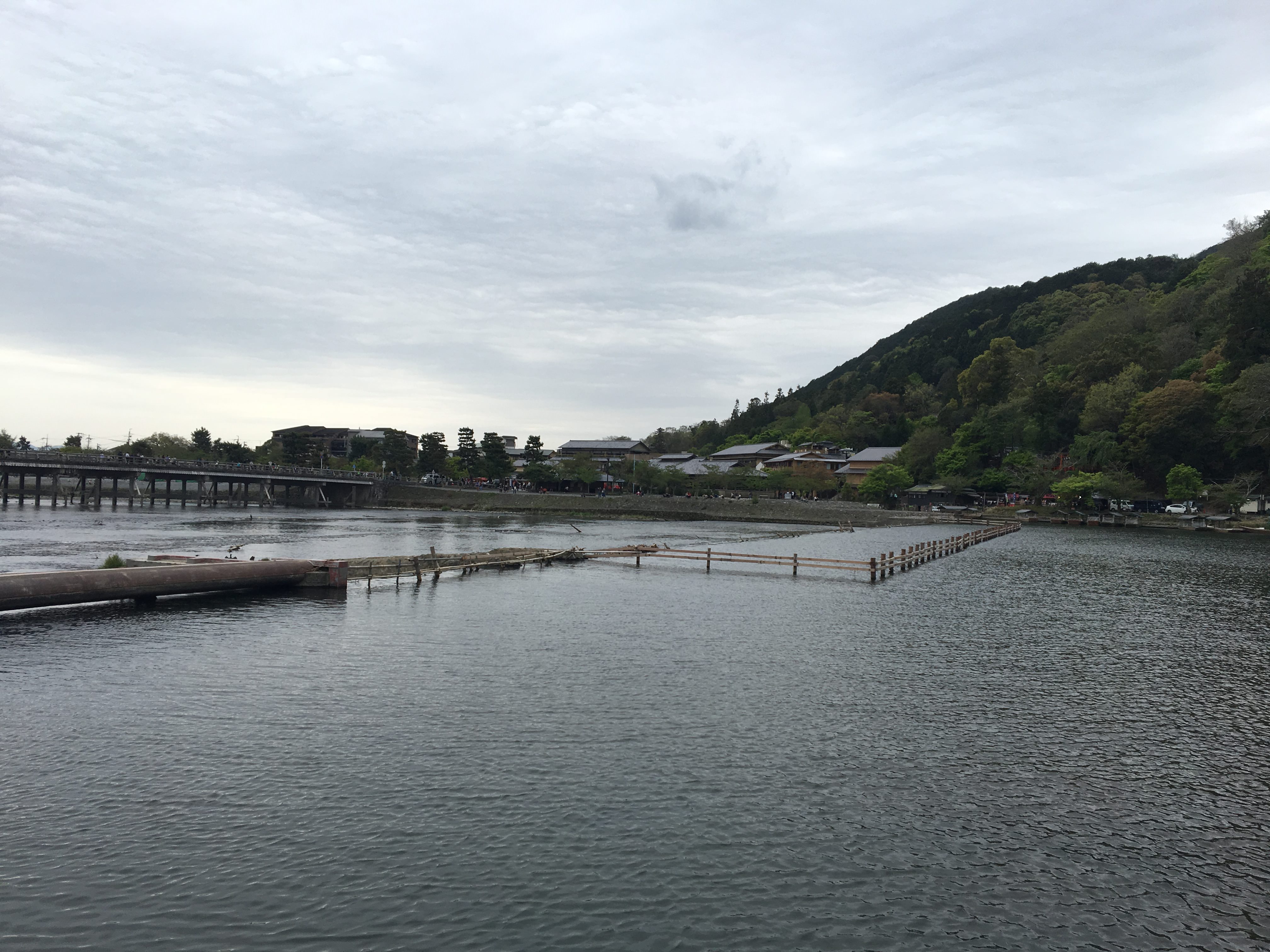 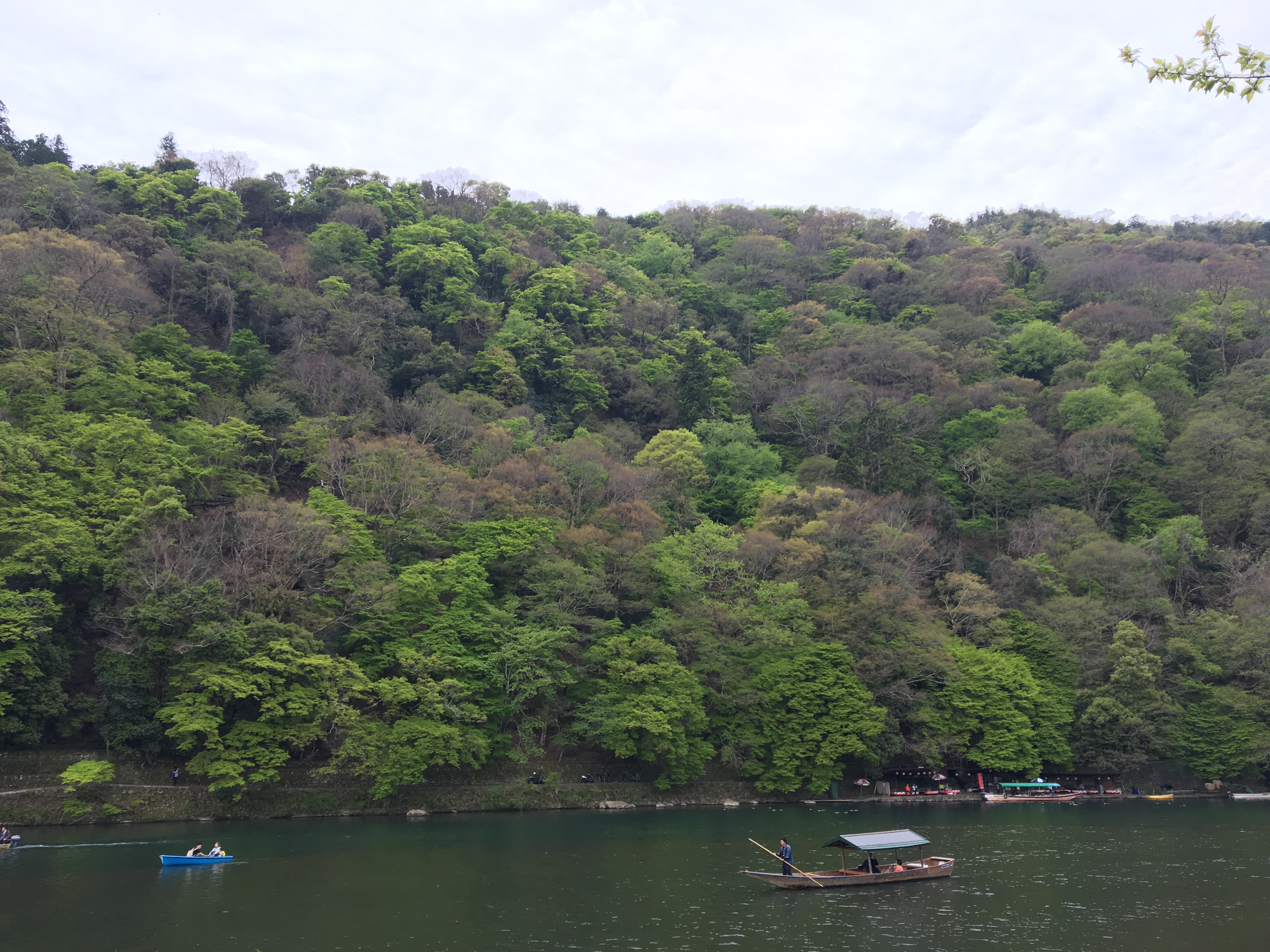 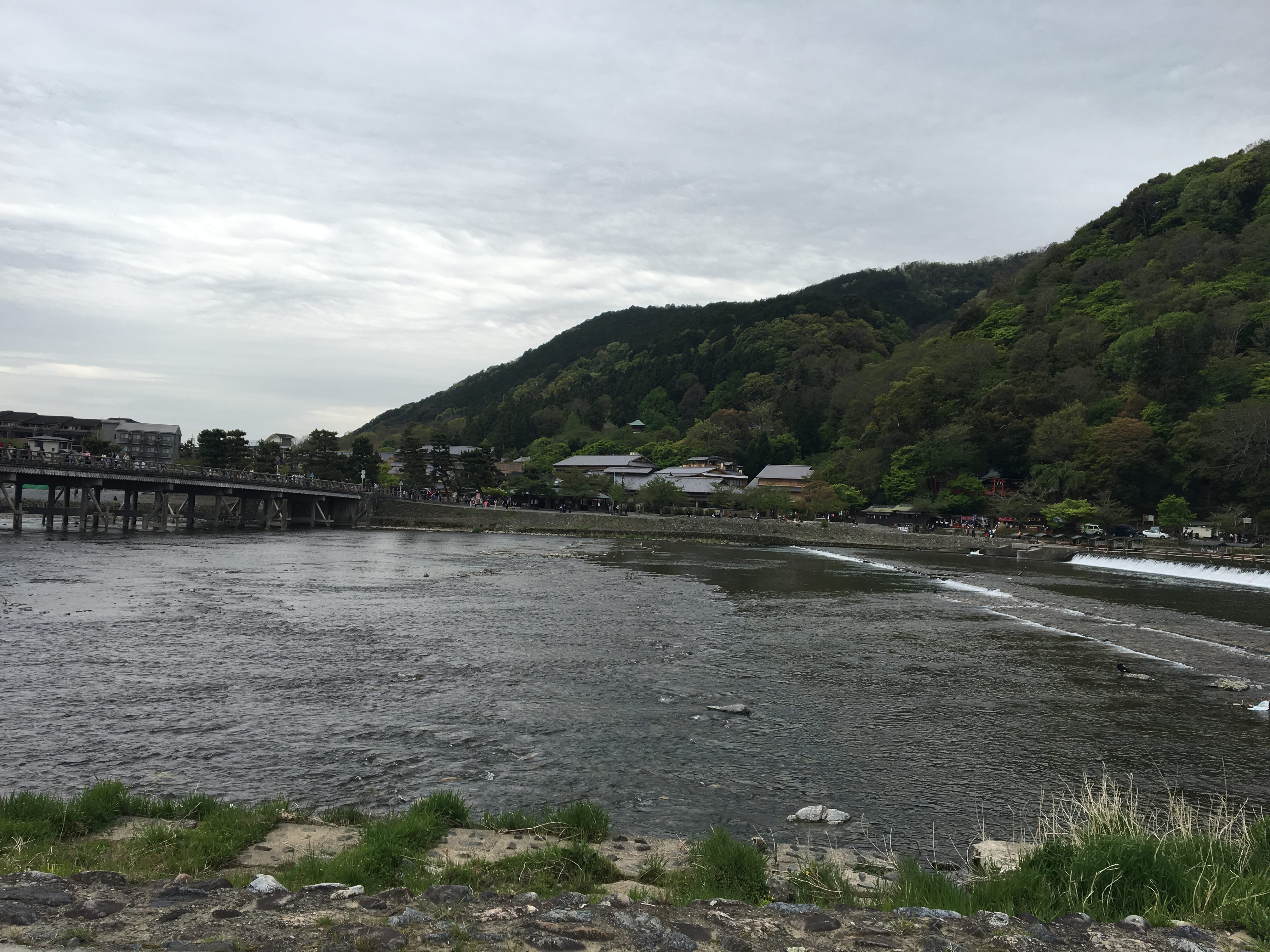 The bridge to the left is one of the most visited spots in Kyoto. We actually didn’t cross it, but on the other side there is a lot more to do, including a monkey park up the mountain. I’ll have to come back some time.

Before leaving we came across a cute little coffee shop, Arabica. 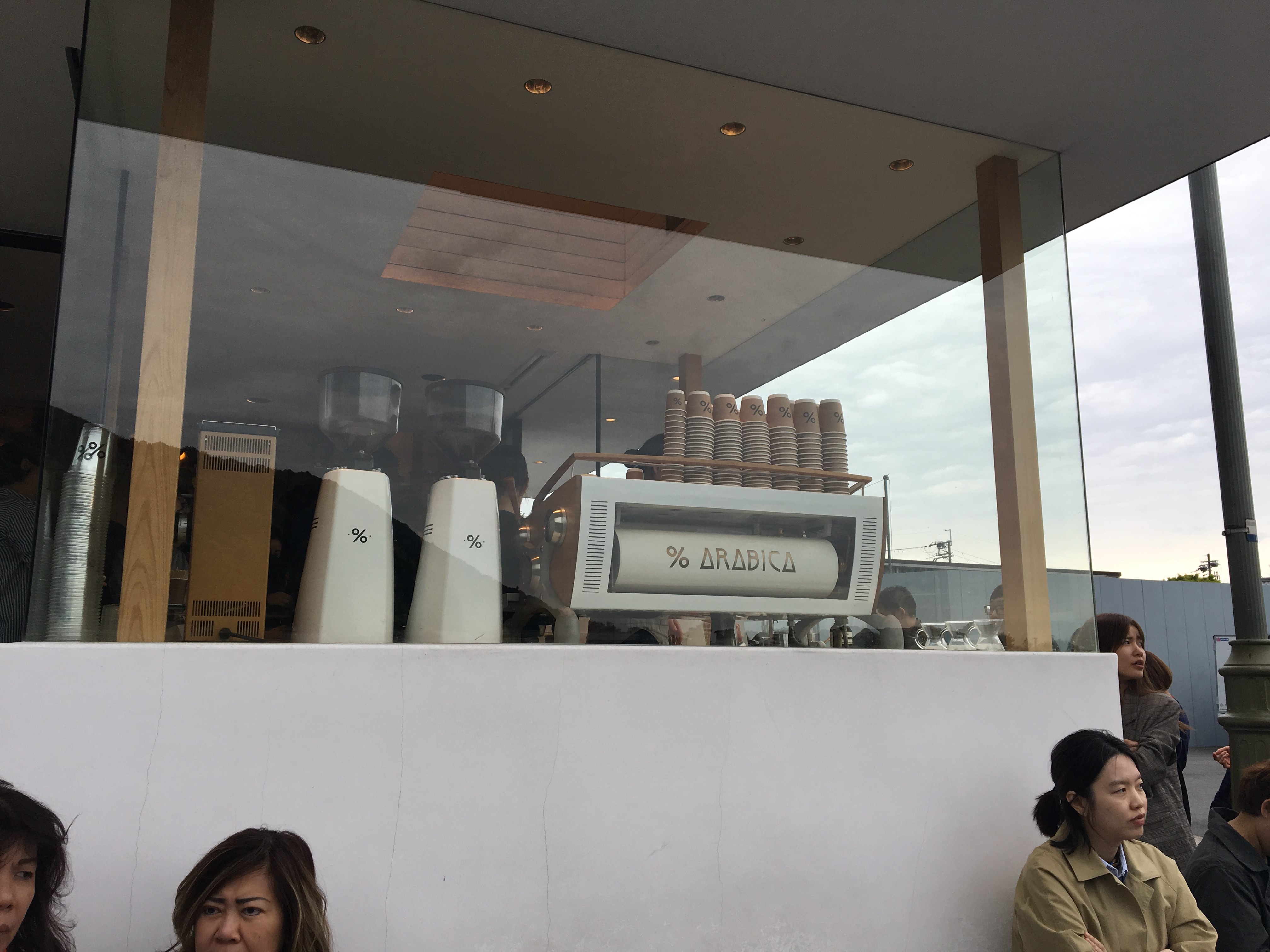 It’s quite small, but the line was quite the opposite. There were tons of people lined up waiting to get coffee from this coffee shop which is apparently rather iconic of Arashiyama. Not only was the coffee cute, it tasted great drinking it next to the river. 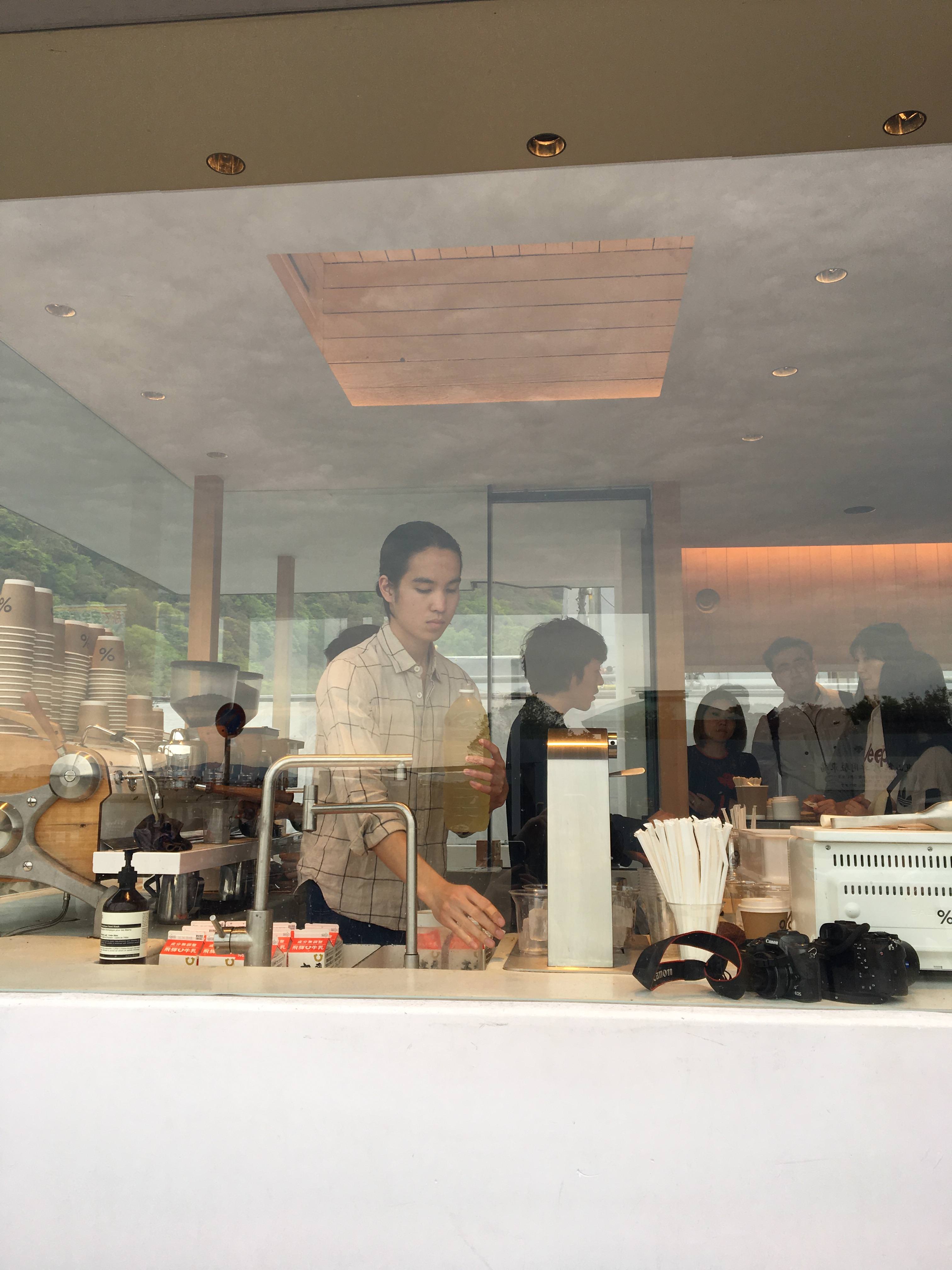 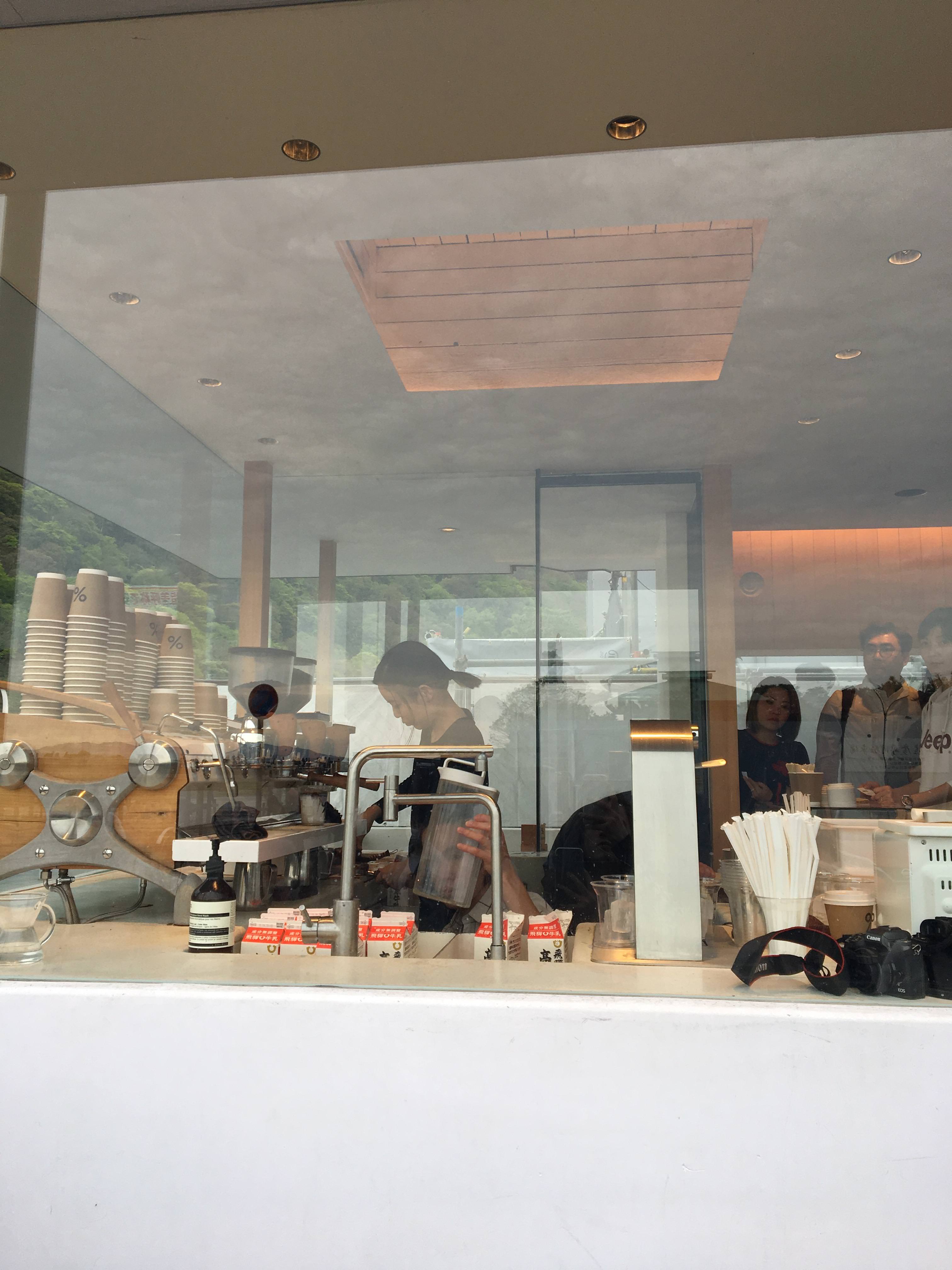 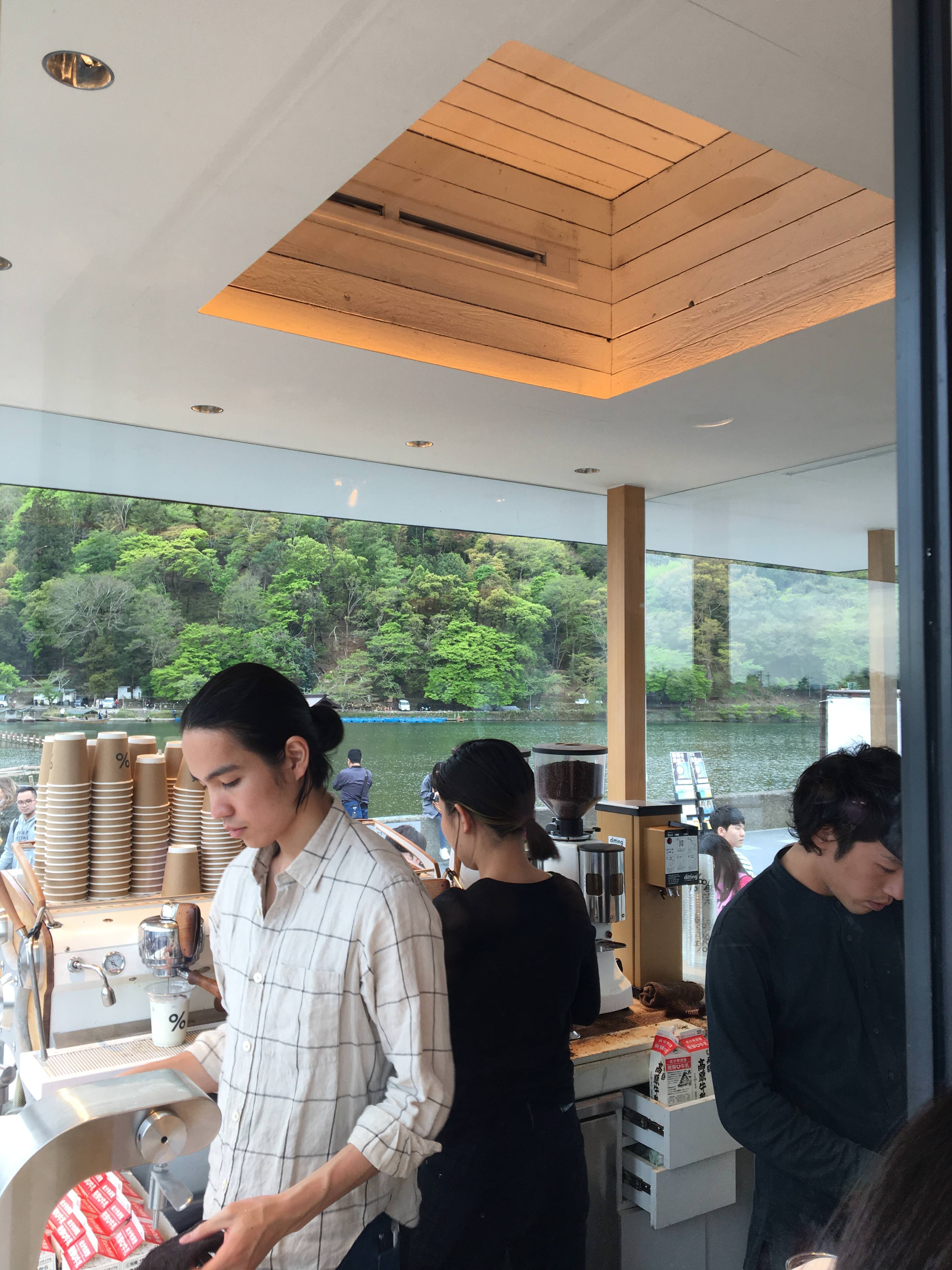 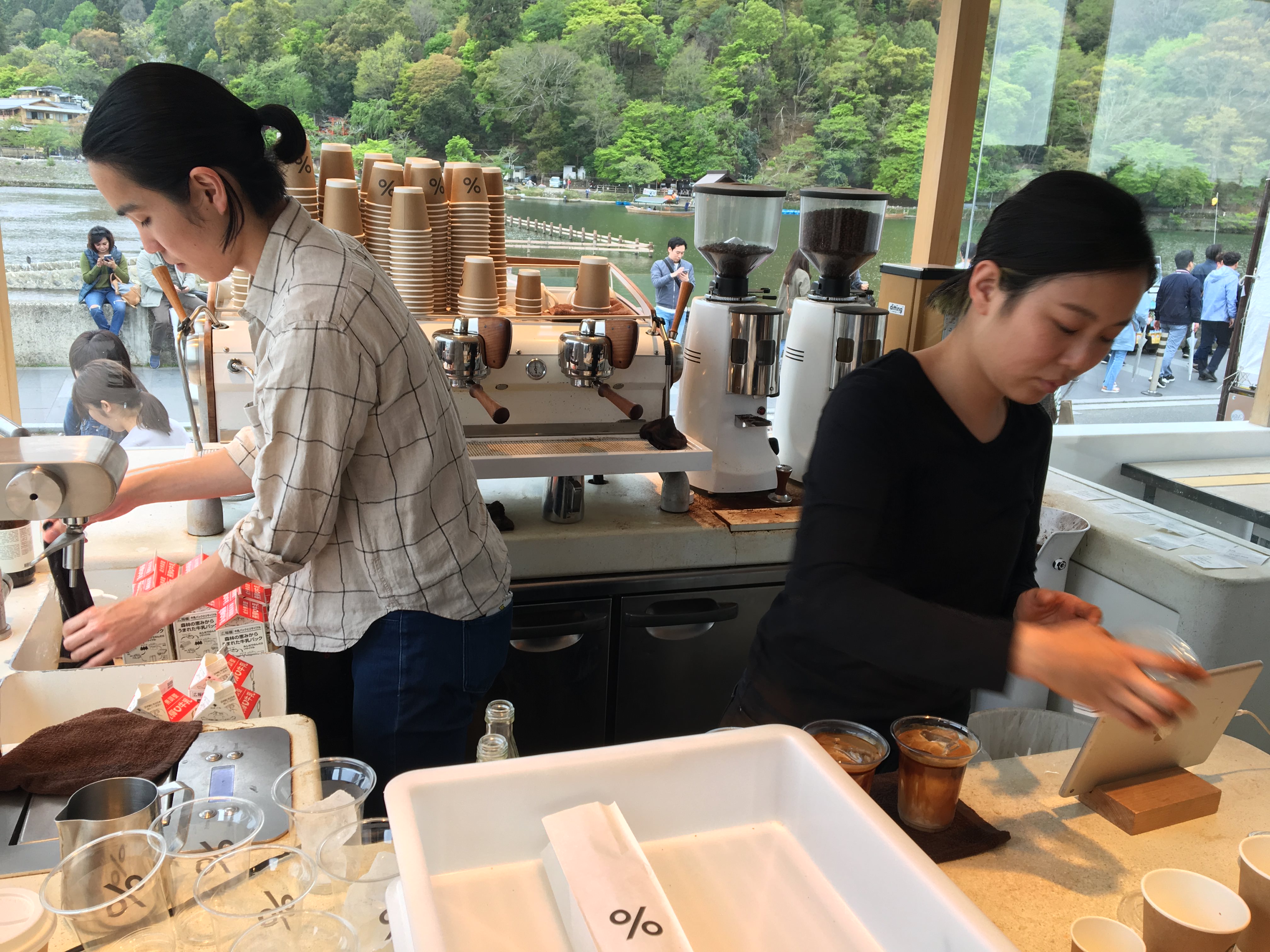 It was also really fun to watch the crew make everyone’s coffee. 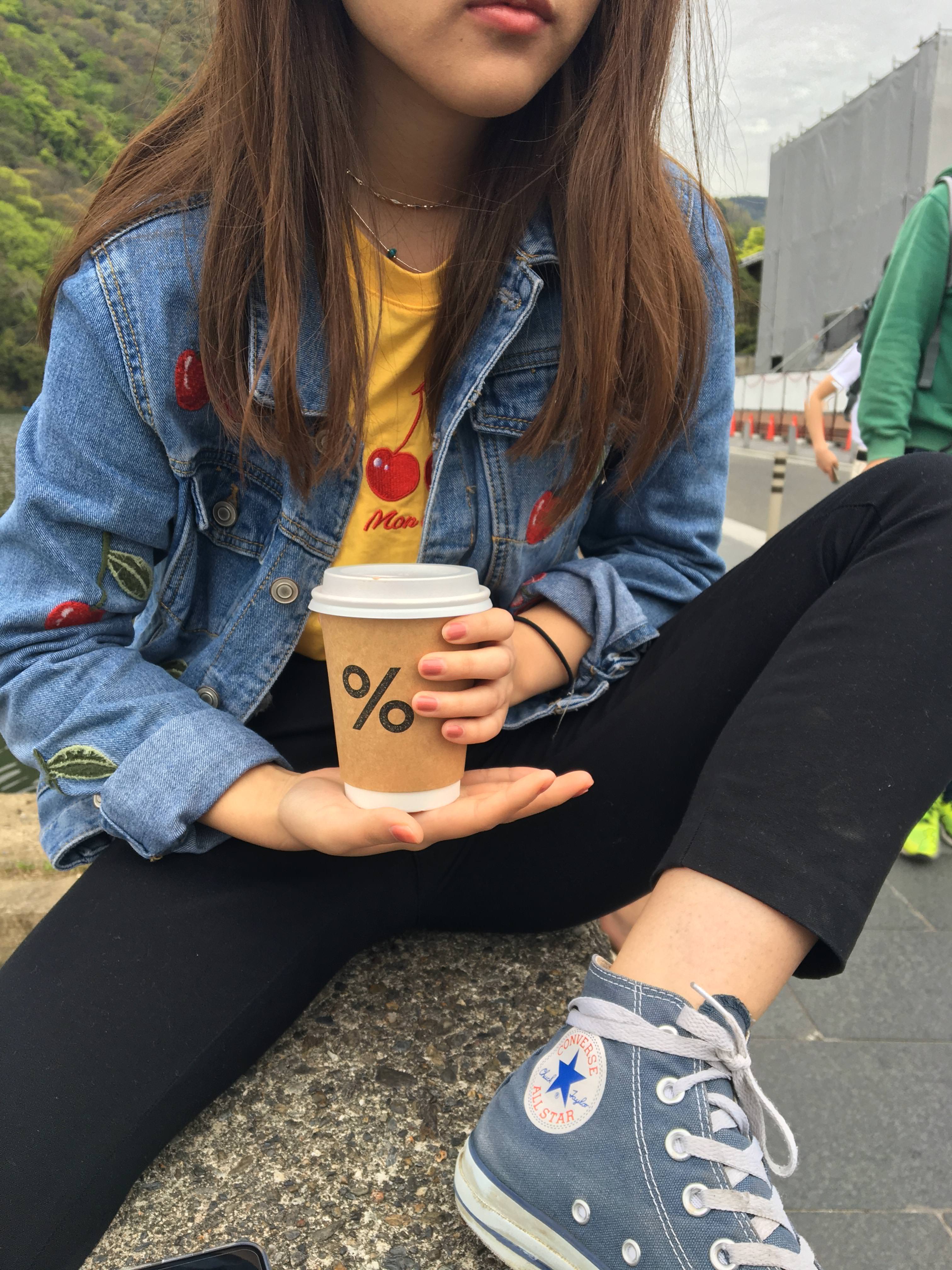 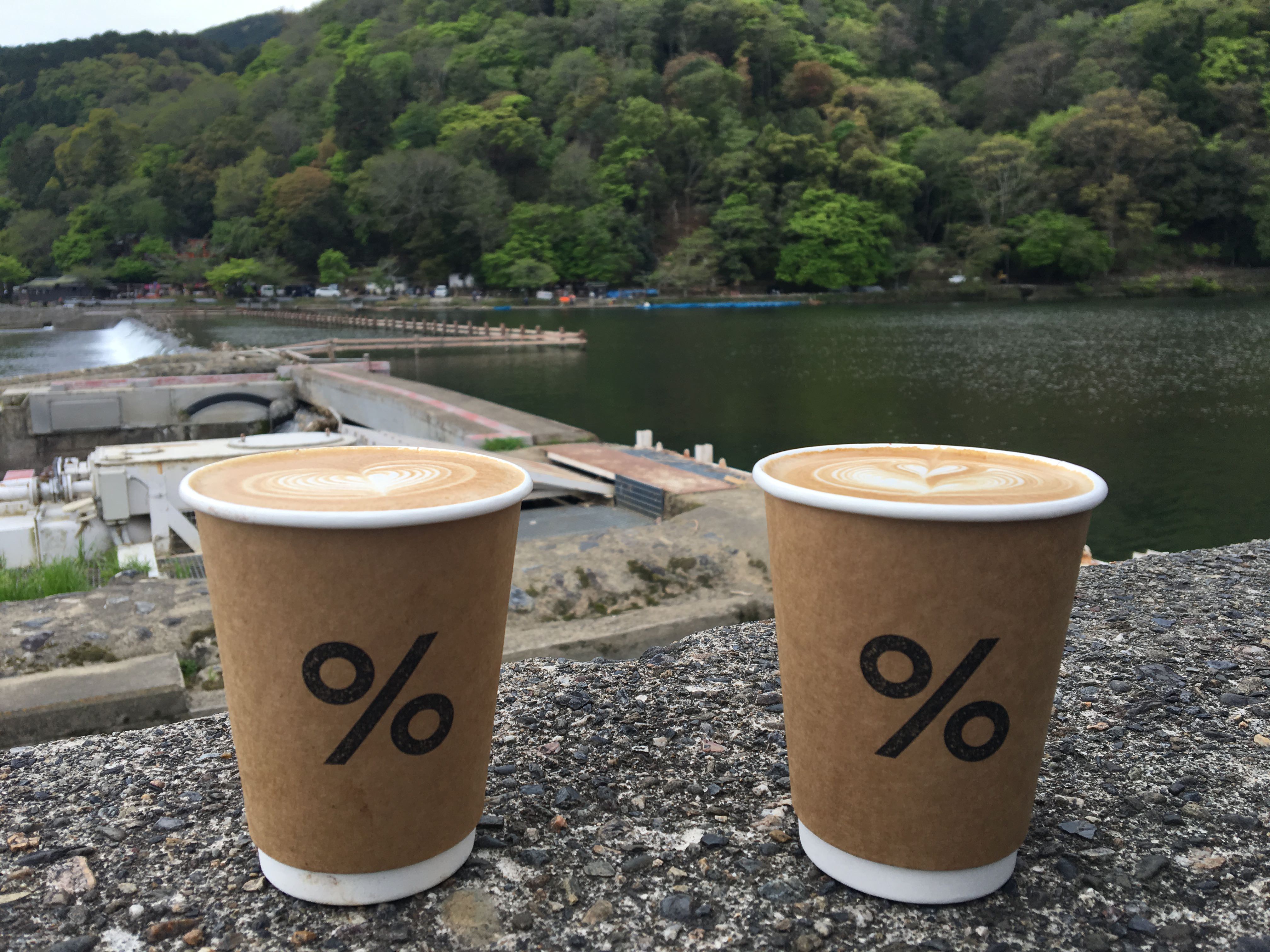 They also sell more than just coffee, like backpacks and mugs, but they’re quite pricey. The coffee itself was rather expensive as well, but it was worth it for the experience. Overall Arashiyama was a great experience, even though we didn’t visit all the spots it has to offer. It’s definitely a place you can visit more than once and find something new each time. I highly recommend it!