My daily life in Kyoto

Compared to Tokyo, my daily life in Kyoto is much different. The two biggest differences are my commute and my living arrangements, but there are many more.

In Tokyo, I actually lived in Kawaguchi which is a city in Saitama (to the North), a prefecture neighboring Tokyo prefecture. Thankfully, it was one of the most southern cities. From my homestay it was a 5 minute walk to the station, followed by a 30 minute train ride to the station nearest to campus, and another 5 minute walk. Total commuting time: 40 minutes each way. Here in Kyoto, campus is just a 12 minute walk from the dorm. In addition to this, many students have bikes, making it much faster. Since I took the subway in Tokyo, I was underground and never saw anything, but there’s some interesting things on the way co campus here in Kyoto. 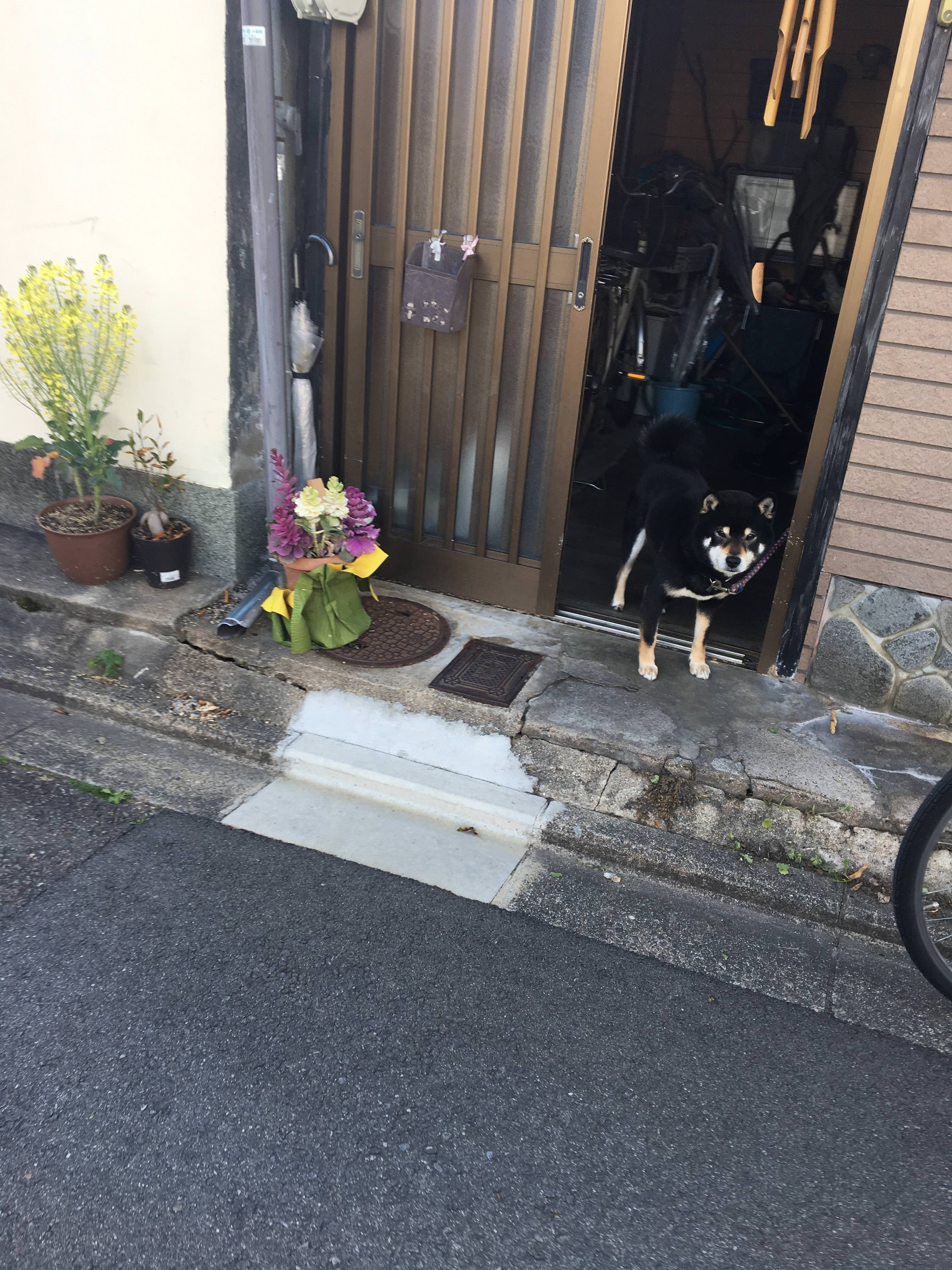 Here’s one of the local dogs. He’s always hanging out outside and the students love him. 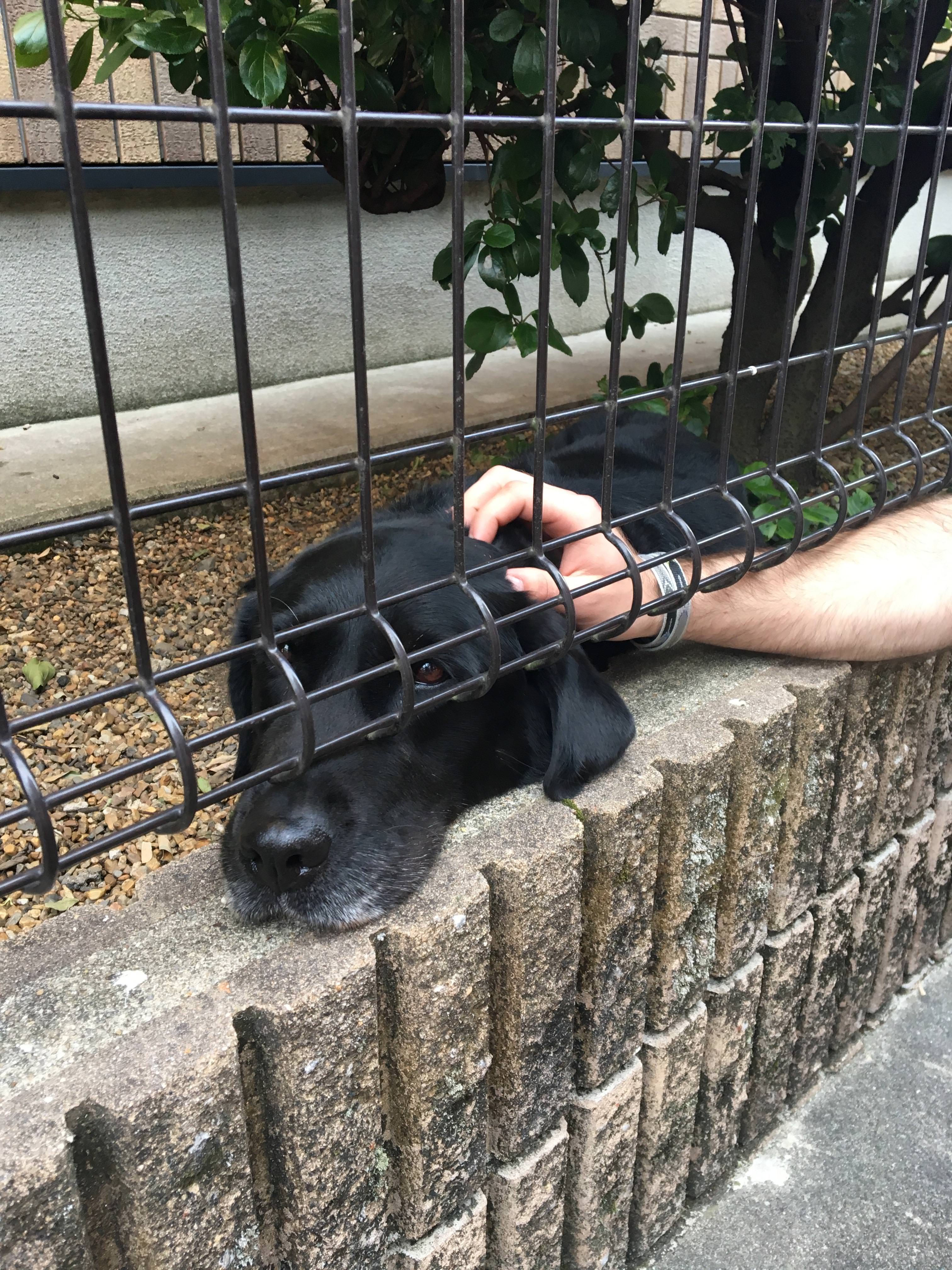 Here’s another dog. Just as friendly and relaxed. He lives not far from the one above. 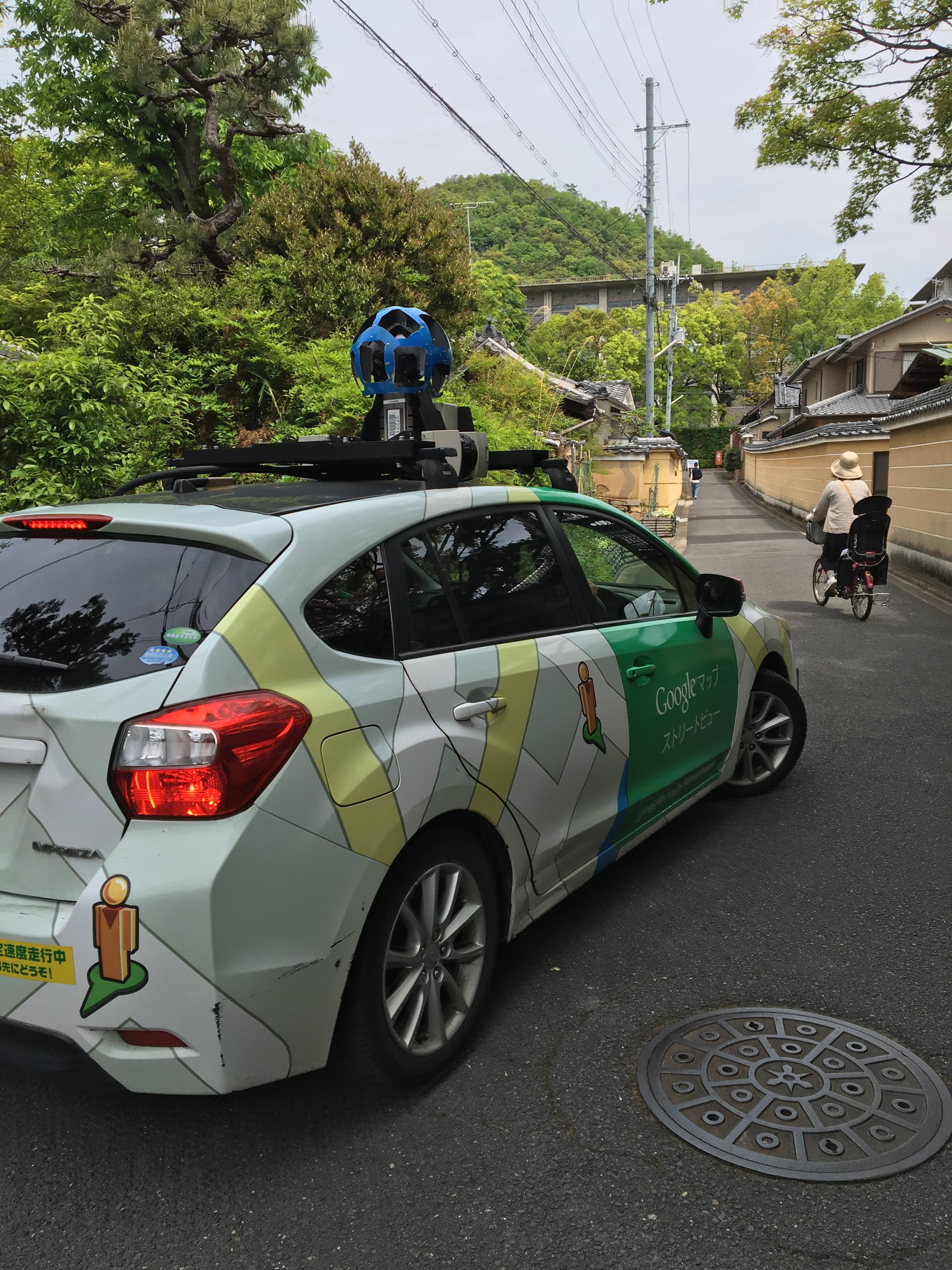 This is probably the coolest thing I’ve seen on my way to school, the Google Maps car. I’ve heard stories of people seeing it and showing up later on Google Maps, maybe I ended up on it too! In addition to this and dogs, though, there’s some beautiful gardens and cool houses. I see them every day so I never really bothered to snap some pictures, but it’s a scenic route to school.

Another big change: living in a dorm. I enjoyed my homestay and would definitely choose it again if I could go back in time, but I am really enjoying the dorm. Homestay is great for Japanese practice and learning about the culture, while dormitory is great for meeting new people and learning about other cultures. I think one of the greatest things is comparing American stuff to other countries, or just hearing people’s thoughts and images about America. It’s very interesting because you don’t hear them in America. It also allows for a lot more freedom. There is an LDK on each of the four floors. There are always people cooking, chatting, watching TV, studying, or playing video games. It’s a great time and is a good way to chill out and have fun. 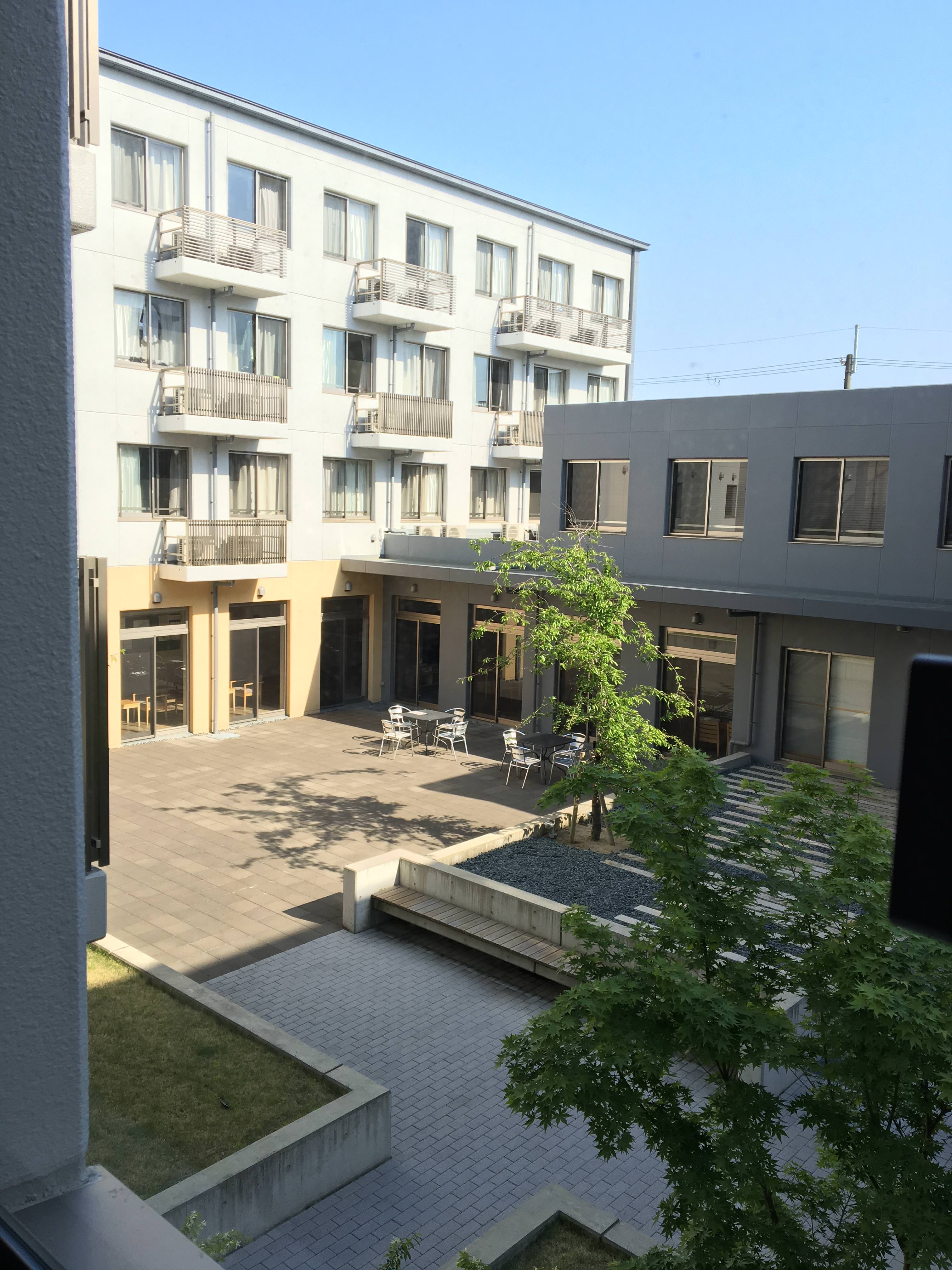 Here’s a photo from the second floor looking at the courtyard. 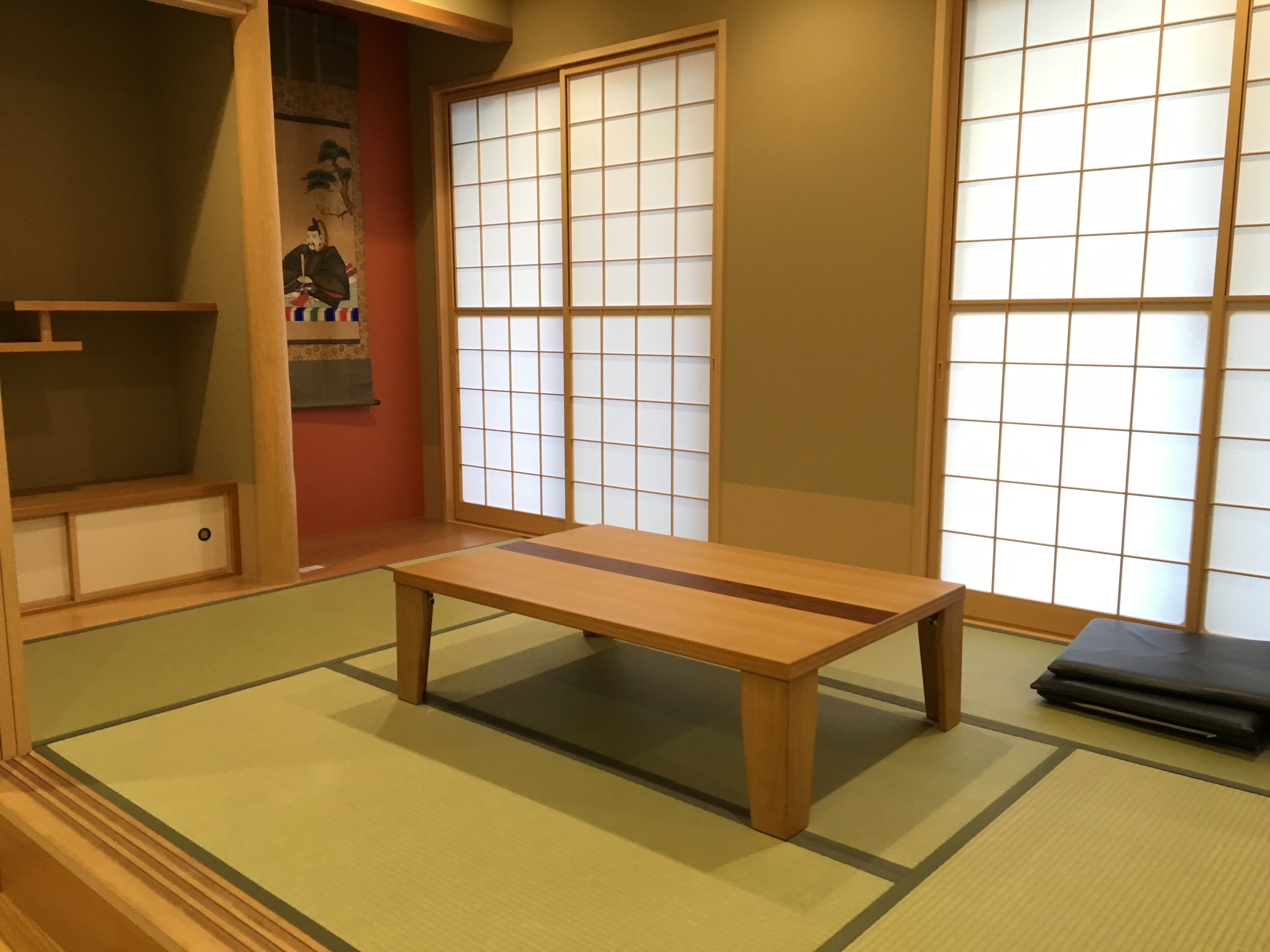 There’s even a tatami area! 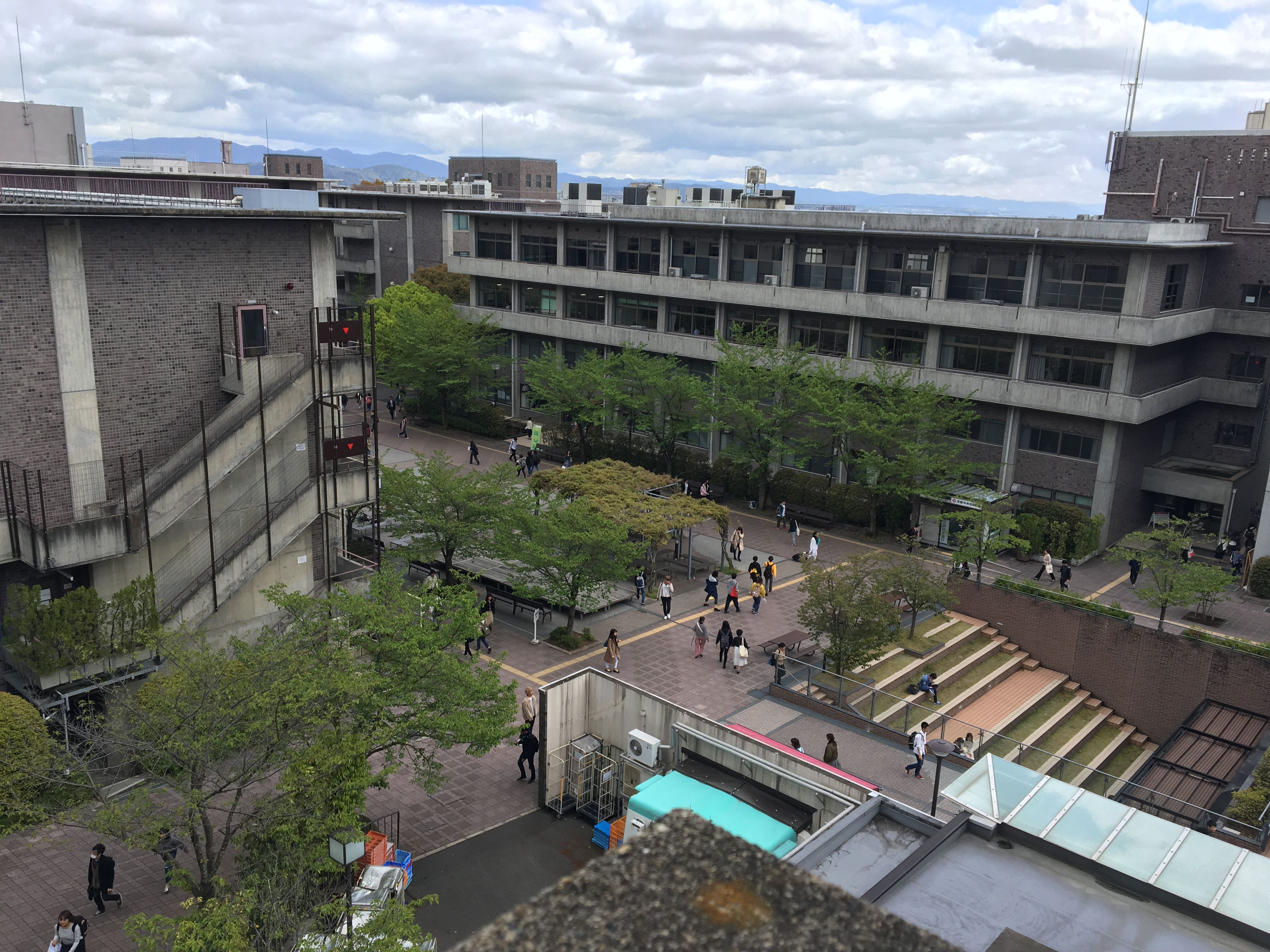 This was a cloudy and rainy day, but still a great photo in my opinion. 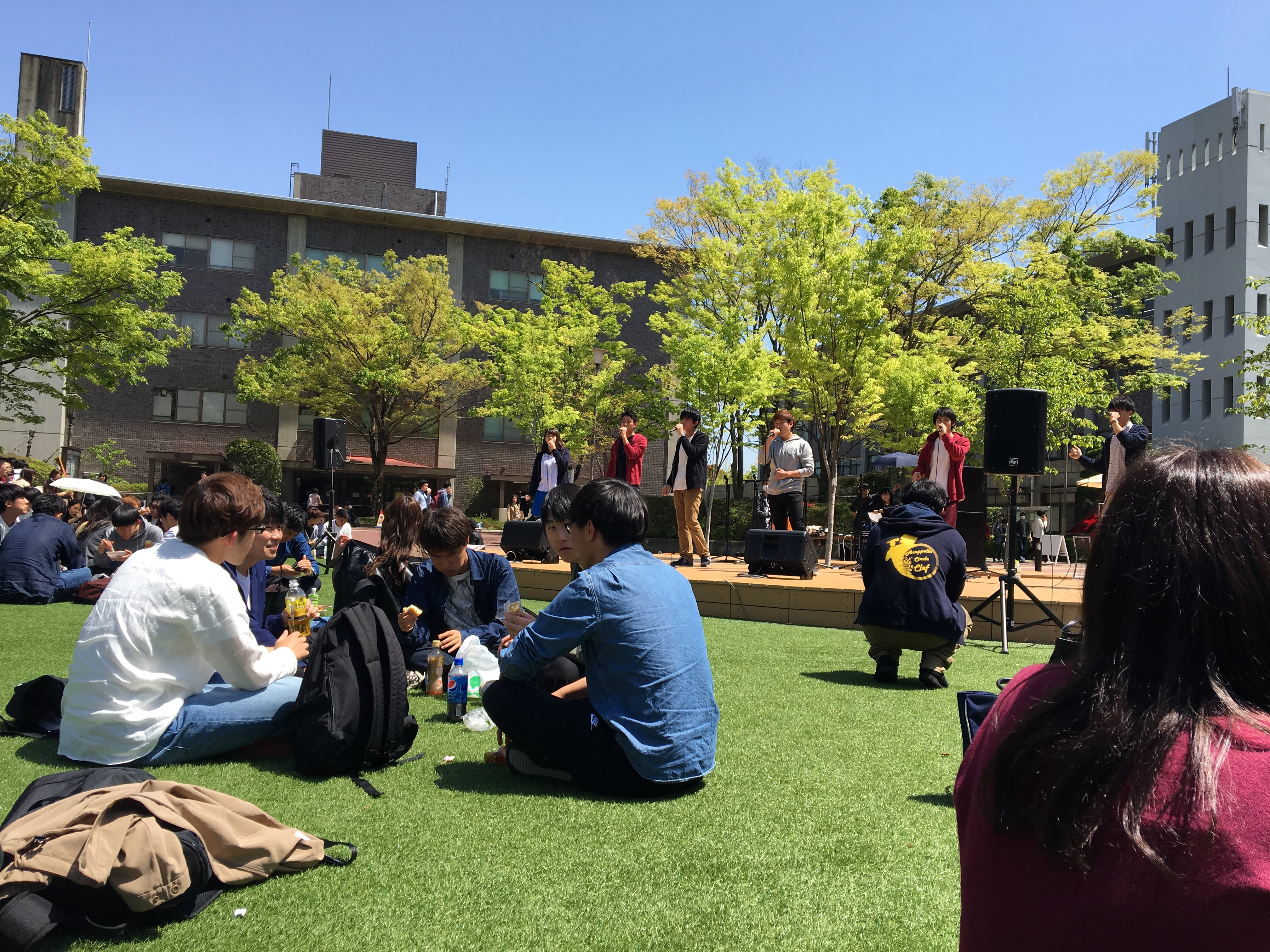 The grass area where many people eat for lunch. Sometimes there’s even entertainers! 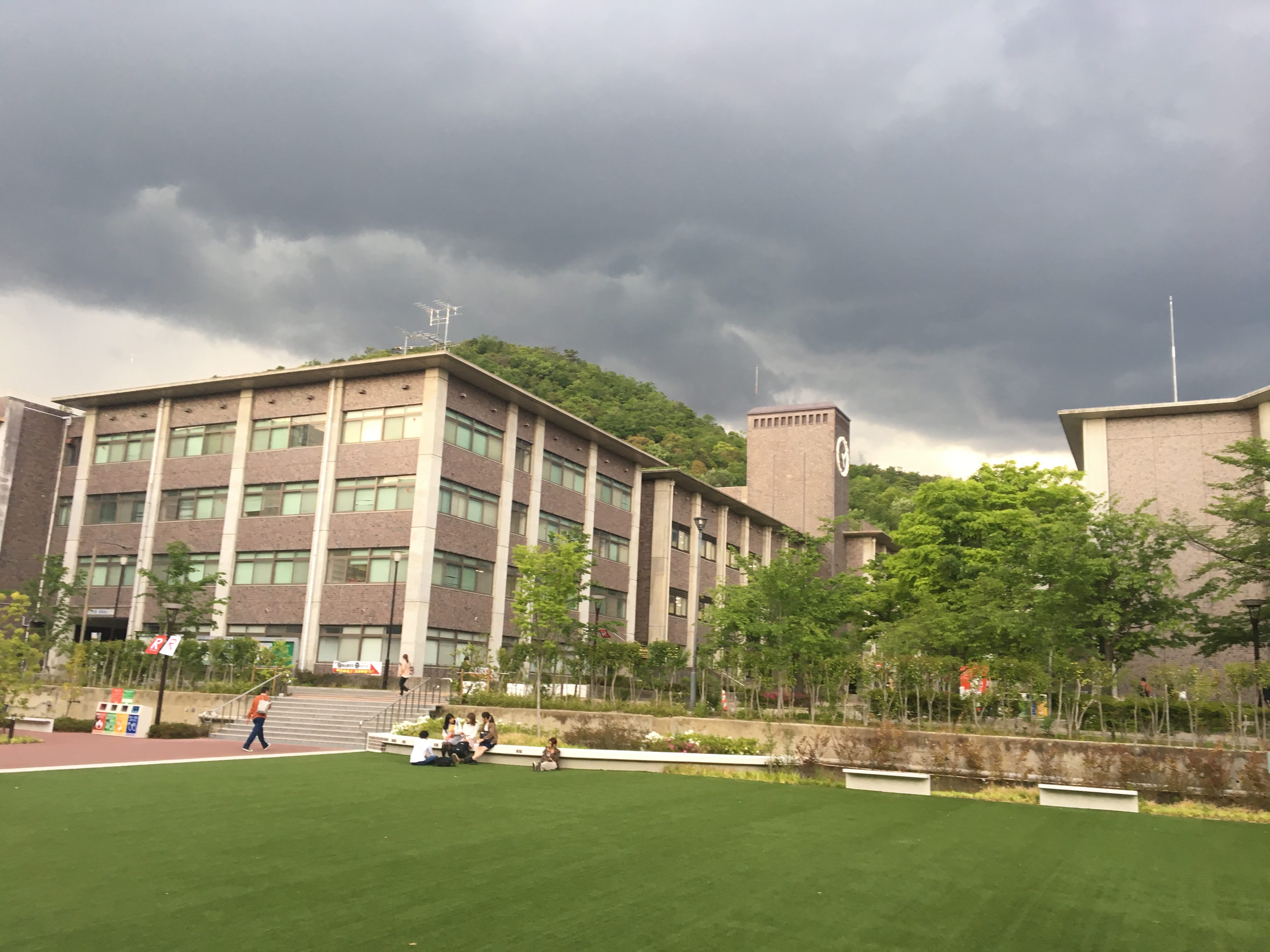 The grass area again, before the storm. 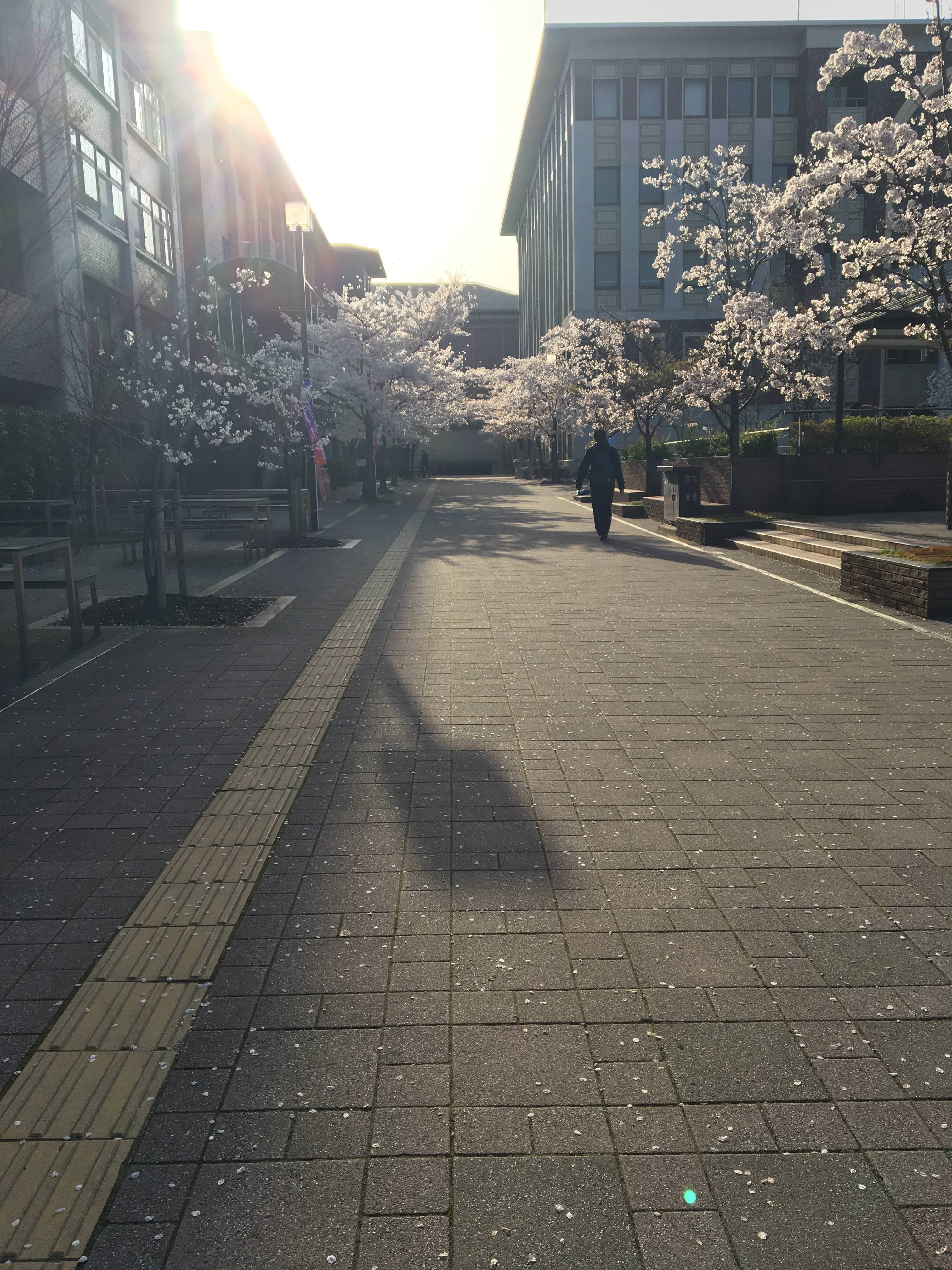 This was during sakura season. Note all the petals on the ground. 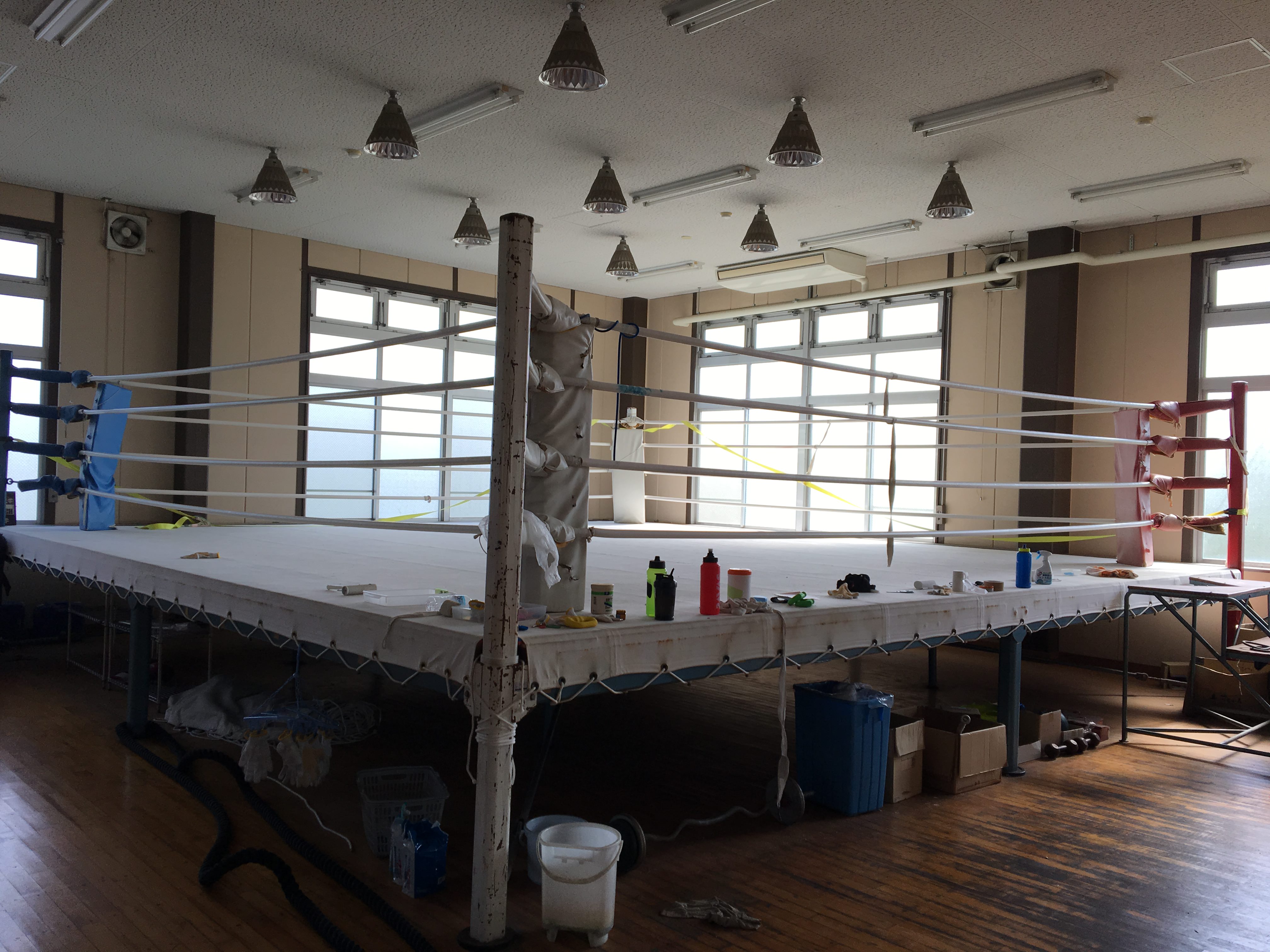 I actually joined the boxing club for a bit! It turned out to be too much of a time commitment, but it was great to see how Japanese clubs function. This isn’t on campus but instead is about a 15 minute bus ride away (which only costs 60 yen each way!). 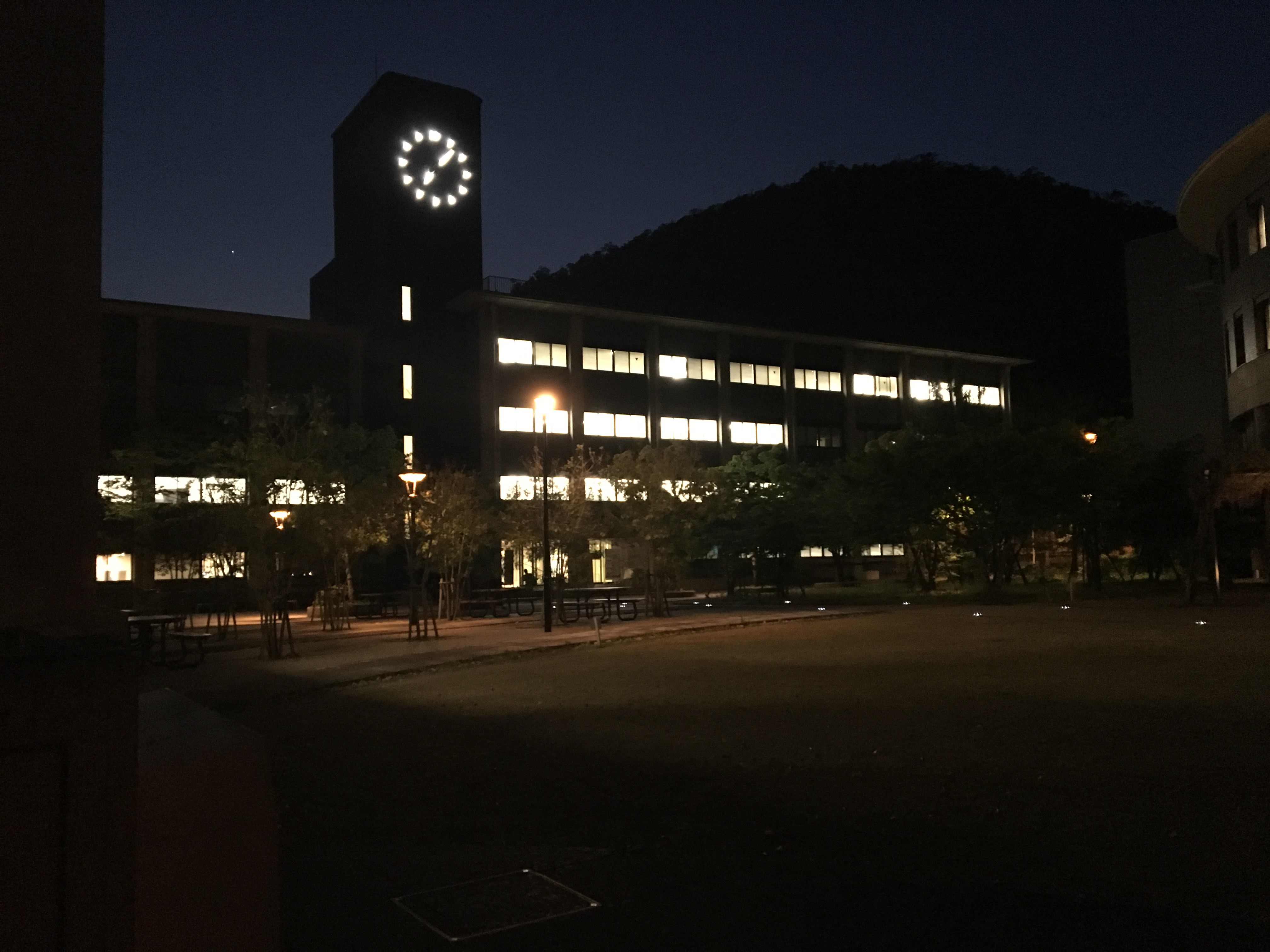 Here’s the clock tower at night. Campus is pretty cool at night as well.

Overall, there is a lot I prefer in Kyoto over Tokyo in terms of daily life. The commute is shorter, the dorm is great, and the campus is awesome. The only thing that’s missing is the big city, but we can’t have everything!