Chichibu is a city located in the Saitama Prefecture, about 90 minutes from central Tokyo. It’s a beautiful valley city, surrounded by tall mountains and tons of trees. I met a very special person shortly after arriving in Japan who happens to live in Chichibu. As a result, I’ve been to Chichibu four or five times now. In the Spring there is the Chichibu Shibazakura Festival, where tons and tons of beautiful flowers bloom in gorgeous patterns. Unfortunately I wasn’t here when that happened, but hopefully I can see it this coming Spring when I visit. Here are a couple photos of what it looks like. During the festival, many of the streets were closed off and packed full of people. There were many stands selling street food as well, along with amazake (sweet rice wine) to combat the cold. I bought some french fries with garlic powder and they were delicious. There were six floats in total, all following the same route. It was really hard to get around, though, since while the floats were moving, the road was blocked from people too. We had to wait for the floats to stop before we could move. 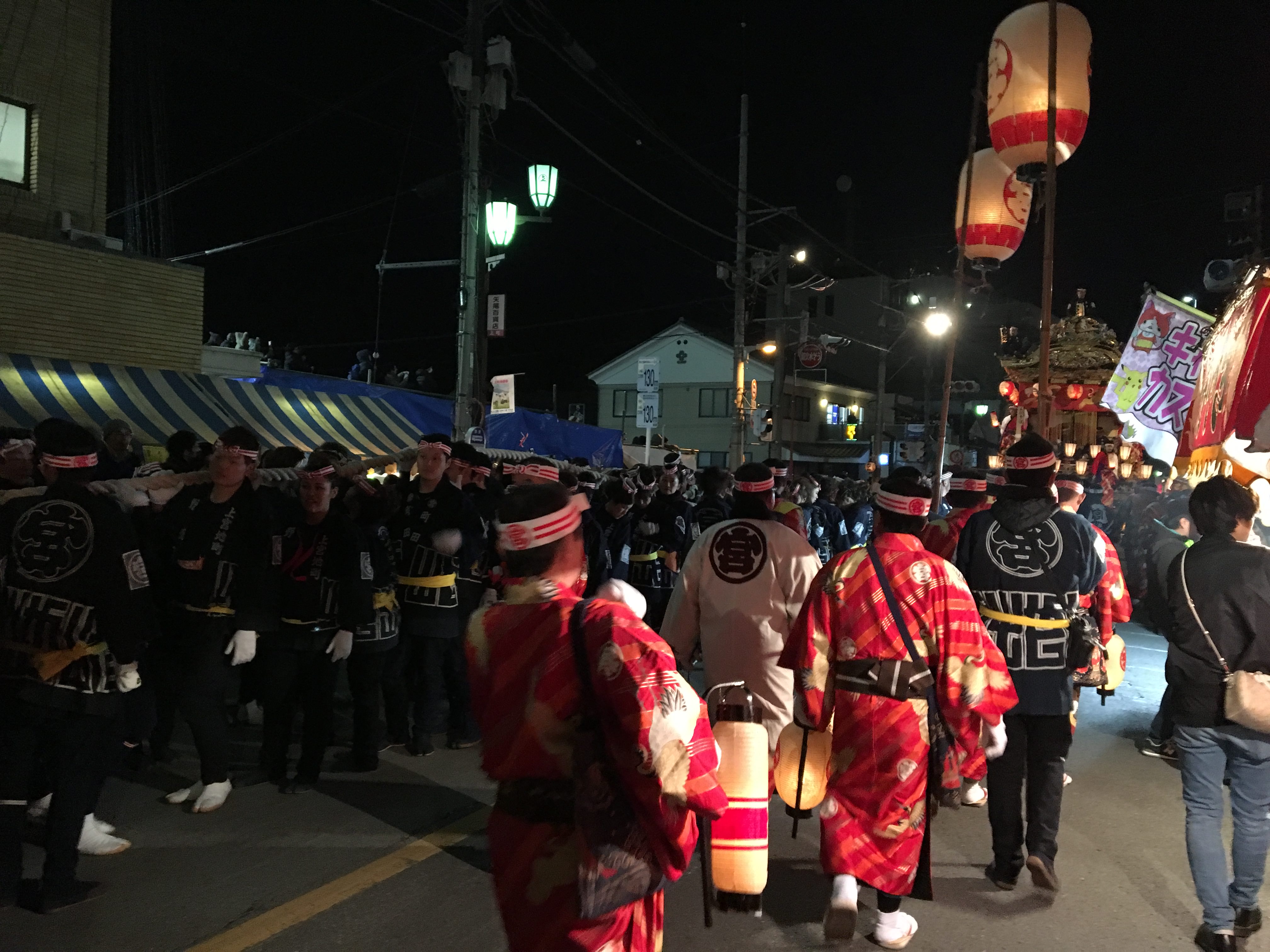 Here you can see how they were dressed, in addition to the people pulling the float. The traditional clothes and lanterns really gave me a traditional Japanese culture vibe, and it was truly amazing. 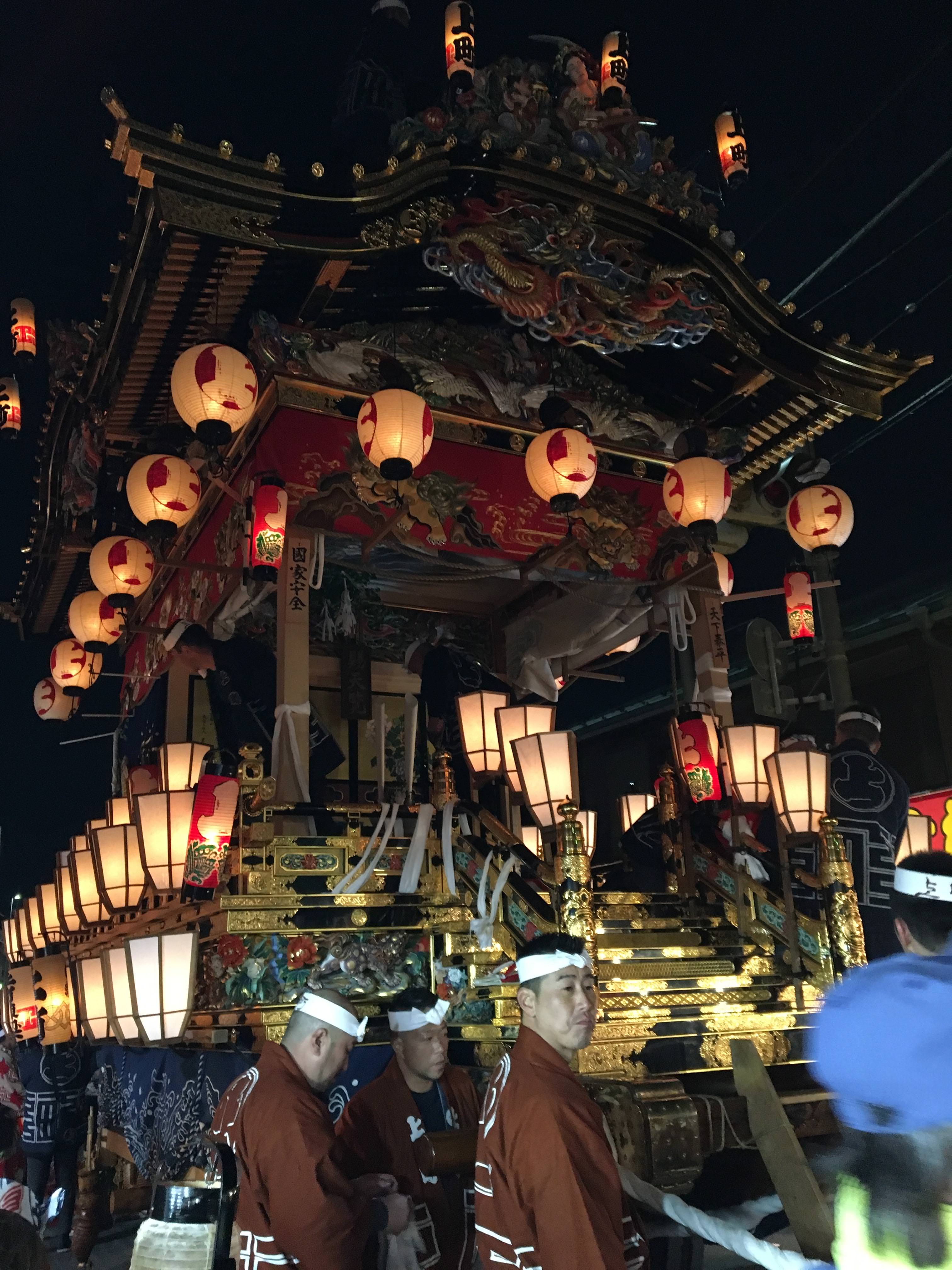 This photo shows a closeup of a float. From what I could tell, every float was the same, each intricately decorated. It’s hard to see from this photo, but on each float there were people riding on top. 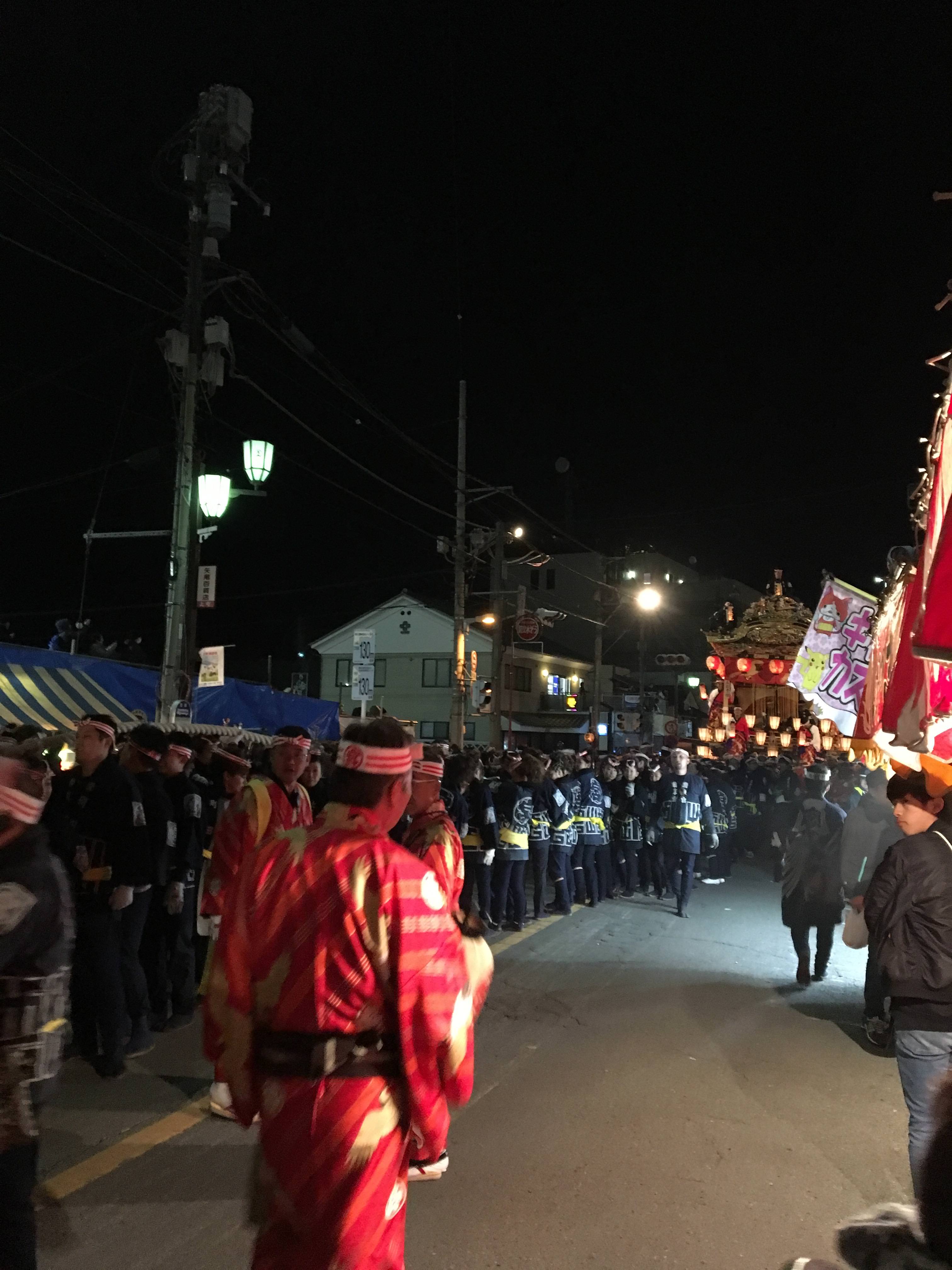 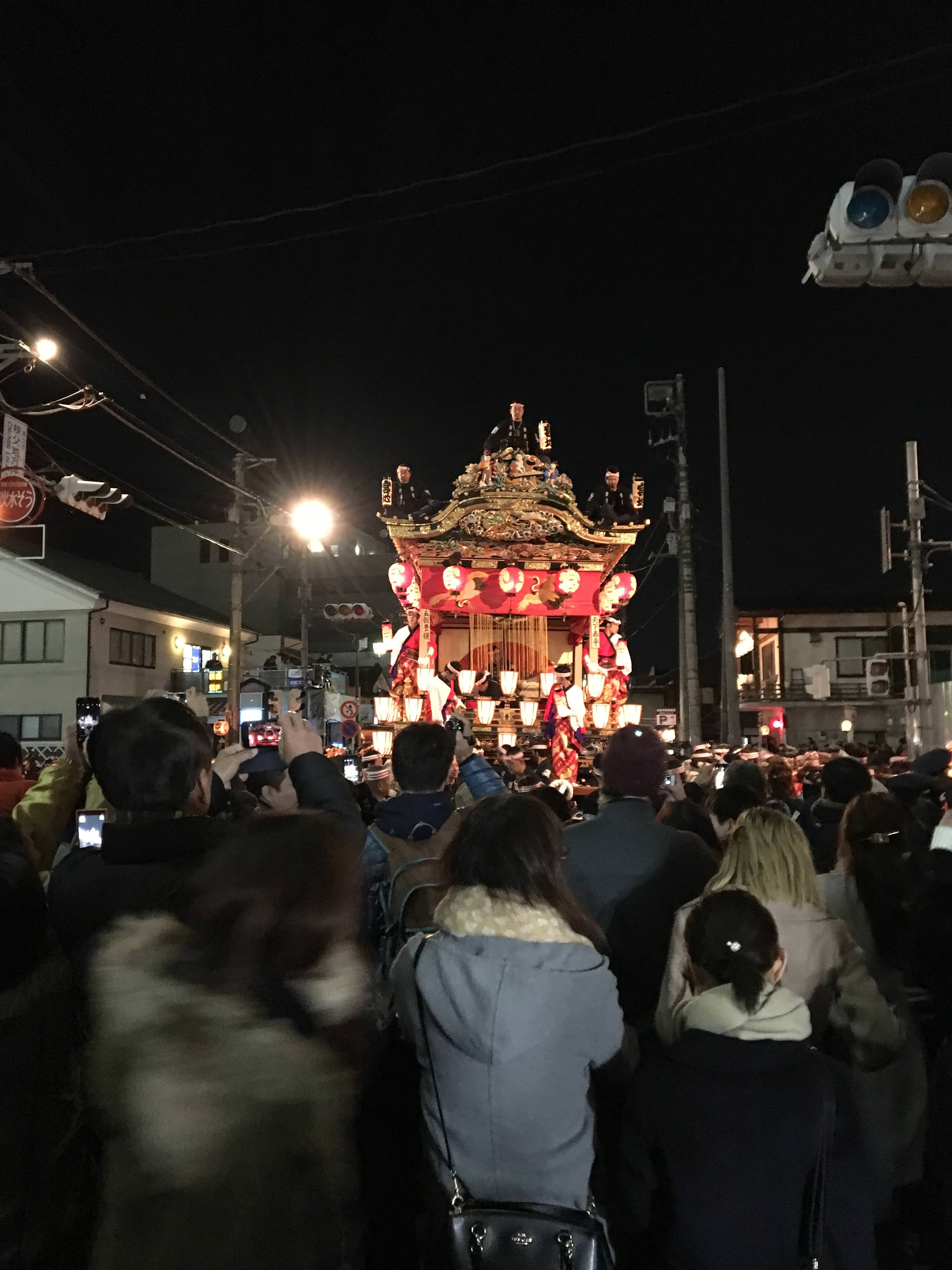 This photo shows just how jam packed it was. Everyone had their phones out taking pictures and recording videos. It felt really great to share this moment with thousands of other people. You can also see the men sitting on top of the float. 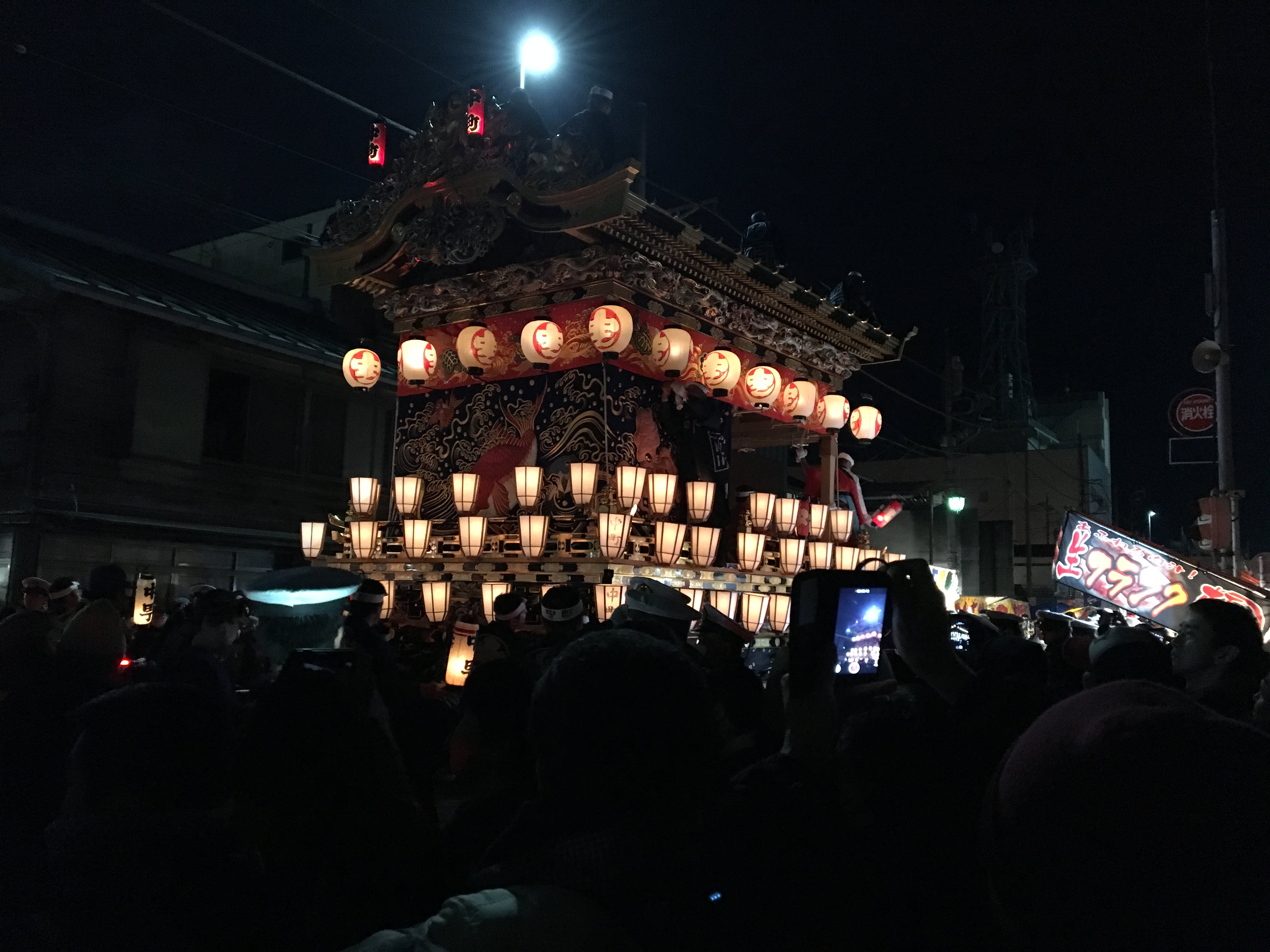 And, of course, what better way to end a festival than with some fireworks? The fireworks display lasts almost two and a half hours, giving you can opportunity to enjoy Japanese fireworks during the winter (which is very uncommon). 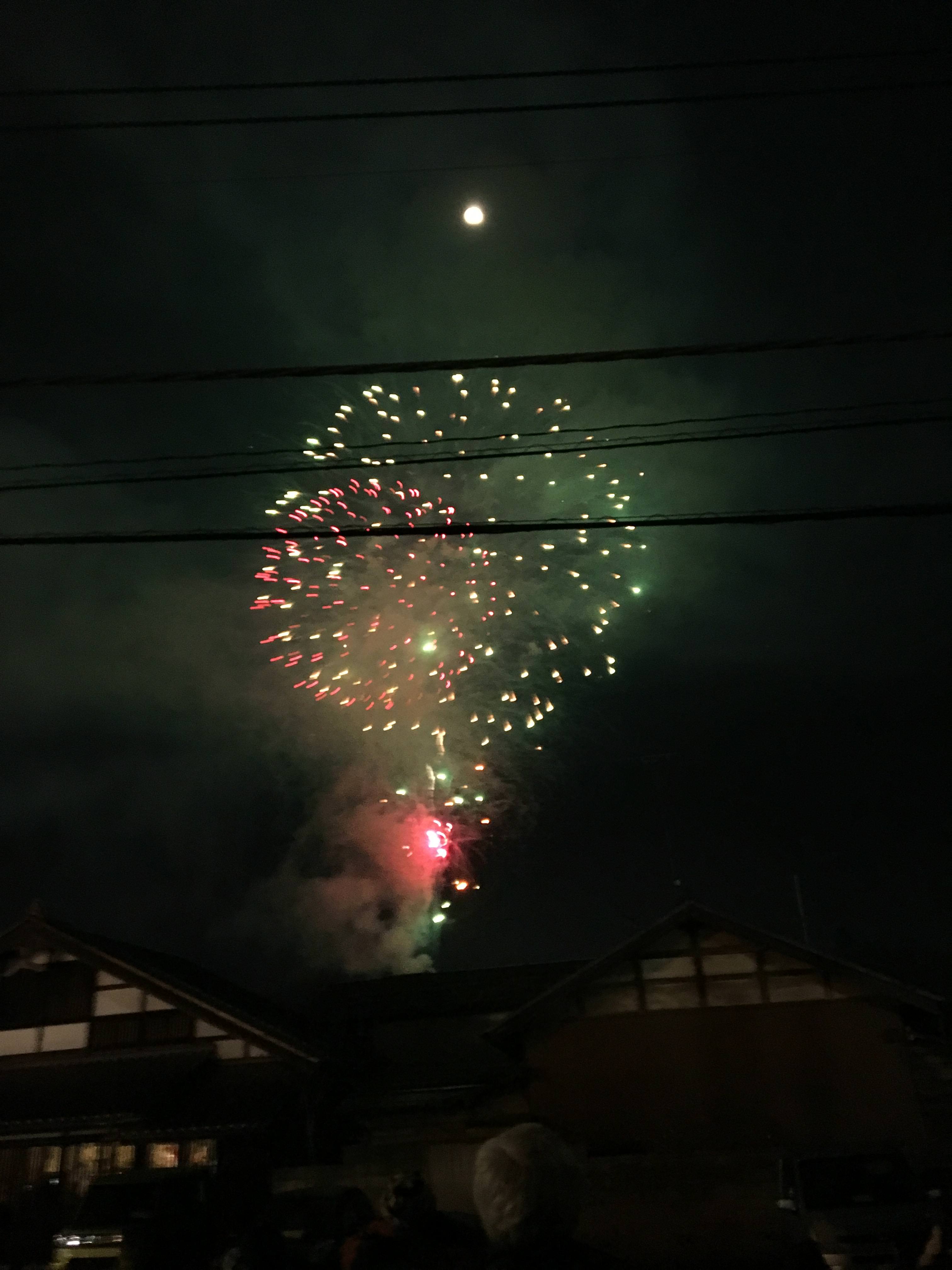 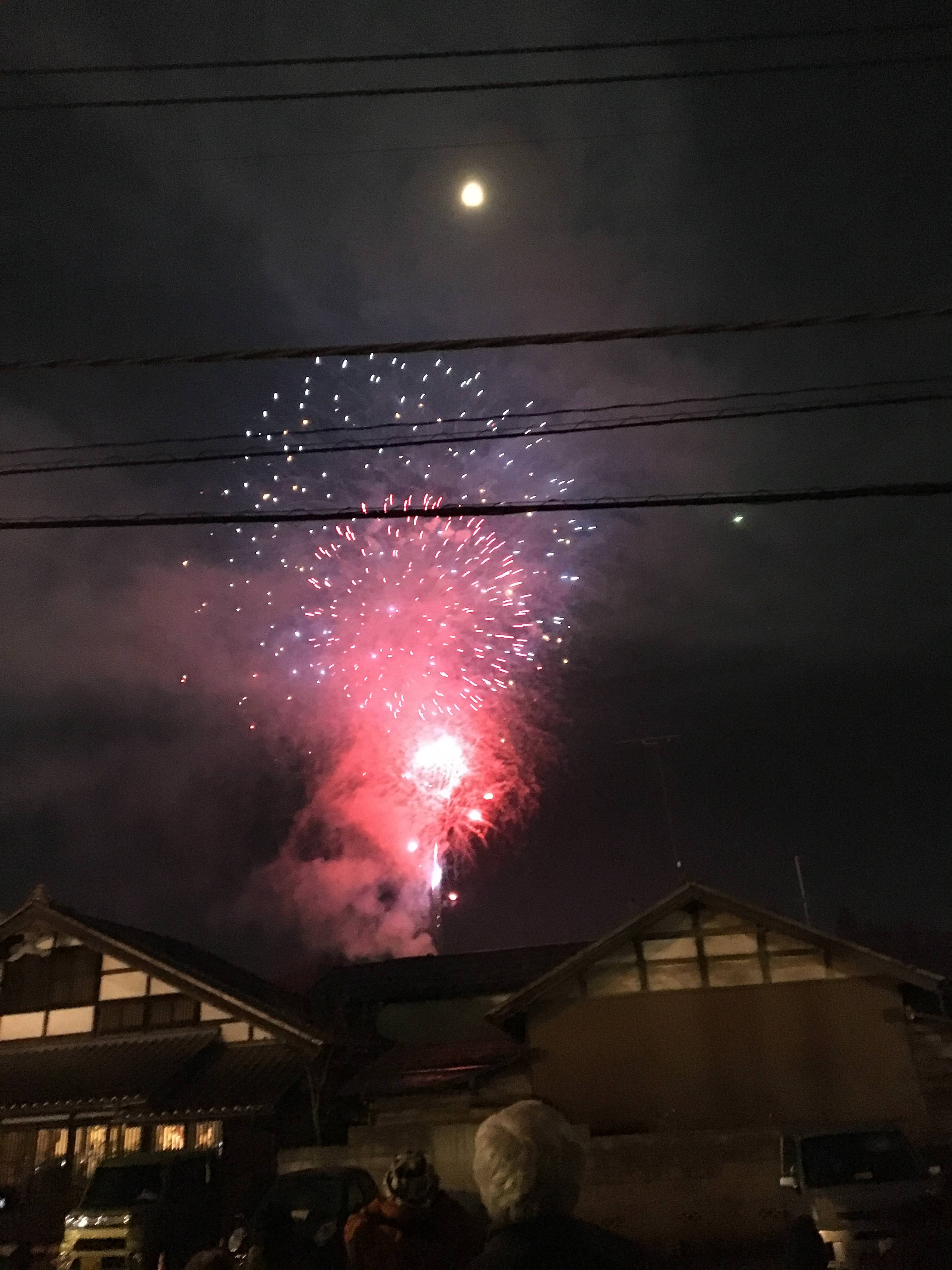 It’s hard to take good pictures of fireworks, but these were the best I could achieve. No picture can put it into words, of course, but the fireworks were very beautiful. There were several kinds of fireworks, ranging in size and color. It was the perfect way to end the night. Since most of the people who attend the festival don’t live in Chichibu, the main action ends around 10pm, allowing everyone to return home before the last train (which is usually around 12am).